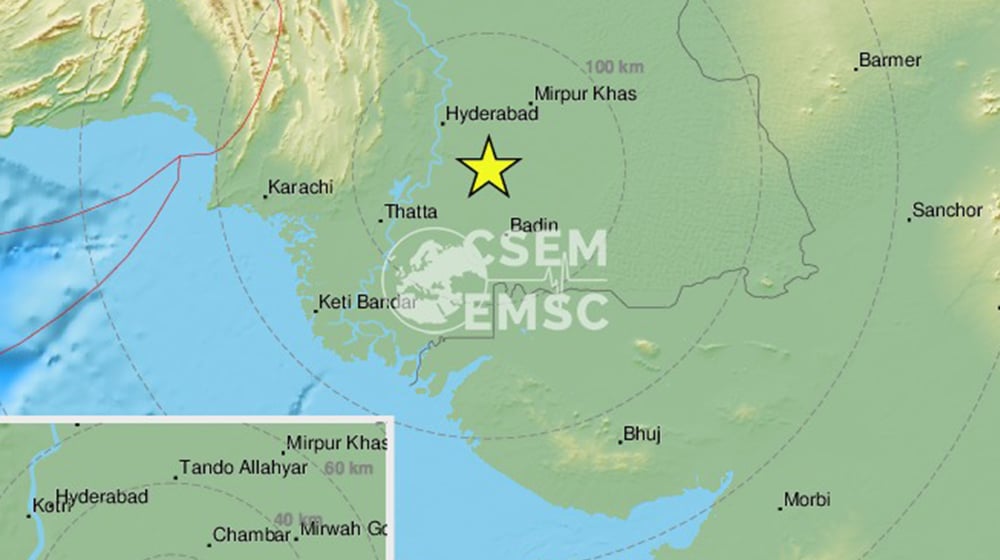 Earthquake jolts shook different parts of Karachi on Wednesday at around 10:15 pm.

According to the European-Mediterranean Seismological Centre (EMSC), Karachi was rocked by an initial 3.9 magnitude earthquake. According to initial accounts, the shocks were felt South East of Hyderabad and affected several cities in its vicinity, including the port city.

The earthquake lasted for a few minutes, causing fear across the whole region. The citizens were forced to run for safety, many away from their residences.

Tremors were felt in Gulshan-e-Iqbal, Gulistan-e-Jauhar, Malir Cantt, Scheme 33, and I.I. Chundrigarh road among others. The tremors raised panic among residents, as portrayed in several social media posts uploaded on Twitter. It is pertinent to mention that many people took to Twitter to express their feelings about the situation.

Notably, no casualties have been reported so far.

Subsequently, fresh reports have now revealed that the quake’s frequency was in fact 4.1 on the Richter scale, and it struck at a depth of 15 kilometres, according to the Pakistan Meteorological Department (PMD). At 10:16 pm, tremors were detected in the metropolis, with the epicentre 15 kilometres north of the Defence Housing Authority (DHA) in Karachi.