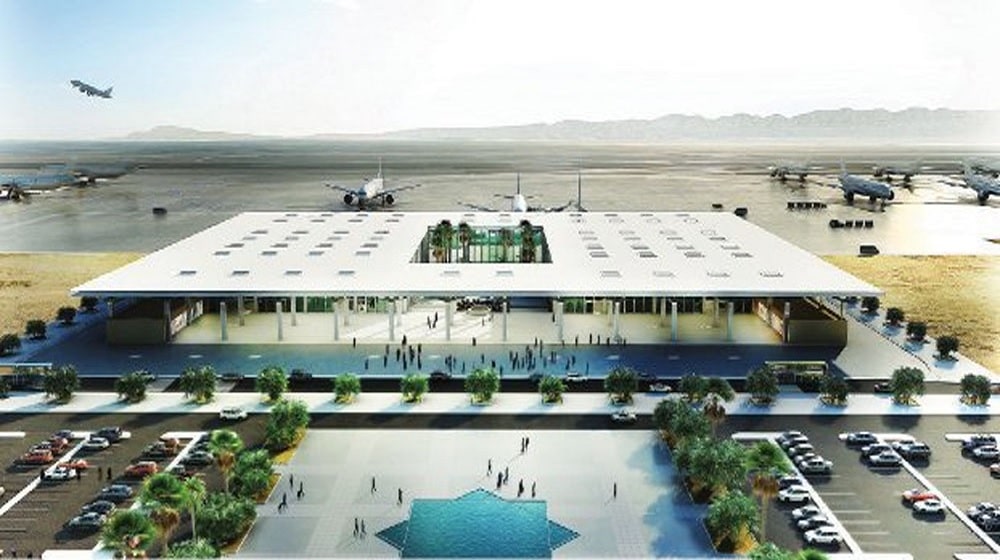 The federal government has approved the establishment of the New Gwadar International Airport (NGIA) at a cost of Rs. 51.298 billion, which is 550% higher than the cost of Rs. 7.675 billion, which was originally sanctioned in 2010.

According to a report by Busines Recorder, the Executive Committee of the National Economic Council (ECNEC) had made this decision and had ordered the Pakistan Civil Aviation Authority (PCCA) to propose a new energy plan for the NGIA within three months.

The NGIA project was initially granted construction orders at a total cost of Rs. 7.675 billion, including an Omani grant of US$ 17.50 million. However, the project was re-evaluated and the deliverables were expanded significantly. The CDWP re-evaluated the project and increased the cost to Rs. 51.298 billion by modifying the second amended PC-I.

The Ministry of Planning, Development & Special Initiatives informed the ECNEC that the project was been discussed by the CDWP in its meeting on 20 September 2021, and that it was strongly suggested at a total cost of Rs. 51.298 billion, including Rs. 34.471 billion for the Foreign Exchange Component (FEC).

The project will be funded with Rs. 16.078 billion obtained through the ministry’s Public Sector Development Program (PSDP), Rs. 750.00 million from the PCAA resources, Rs. 643.063 million from the Omani grant, and Rs. 33.827 billion through Chinese funding.

The Economic Affairs Division has confirmed that there are no more funds available for the project through the Omani funding.

Other than this, the ECNEC has okayed a number of other miscellaneous development schemes under the CDWP headline, and the PCAA will initially undertake the framework needed for airport operations.

Alongside the Gwadar Development Authority, the PCAA is also tasked with guaranteeing that the area surrounding the airport is secured in accordance with the requirements of the International Civil Aviation Organization (ICAO) and Pakistan National Airfield Clearance Policy (NACP) while taking into account their particular areas of jurisdiction.

The PCAA will also produce an Energy Plan for the Gwadar airport project within three months.