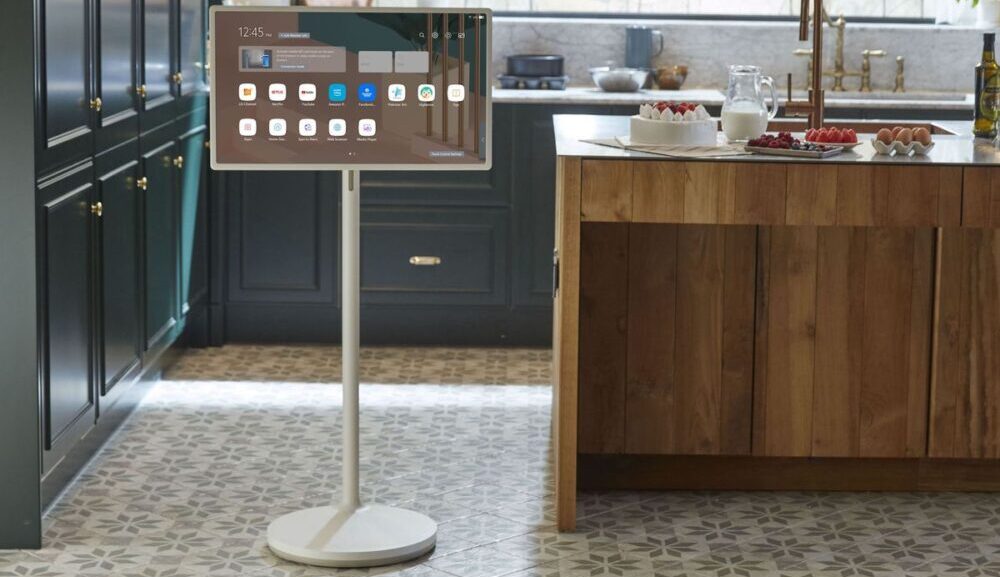 Next year’s Consumer Electronics Show (CES) is right around the corner and companies are making early announcements to create hype for their products. LG has also made an announcement with an unusual but quite interesting TV that is coming next year. The Korean display maker has announced the aptly named LG StanbyME, which is a 27″ TV that runs on batteries and can be wheeled around on a stand. The stand is height adjustable and you can also swivel, tilt, or rotate the display on it. You can even take the display off of the stand and put it on your lap.

There is a fabric finish on the back which adds a nice touch to it. The StandbyME can last three hours, so you can easily watch a movie or two or binge a TV shows. LG does not make 27-inch OLED panels so this screen is LCD. The company has not shared details such as resolution or other features like HDR.

The TV can be used as a huge tablet since it has touchscreen support and comes with Netflix, Amazon Prime Video, YouTube, and other streaming apps. It also has NFC support for smartphone mirroring, a USB port, and at least a single HDMI port.

We expect to hear finer details on the CES 2022, expected to kick off in early January.