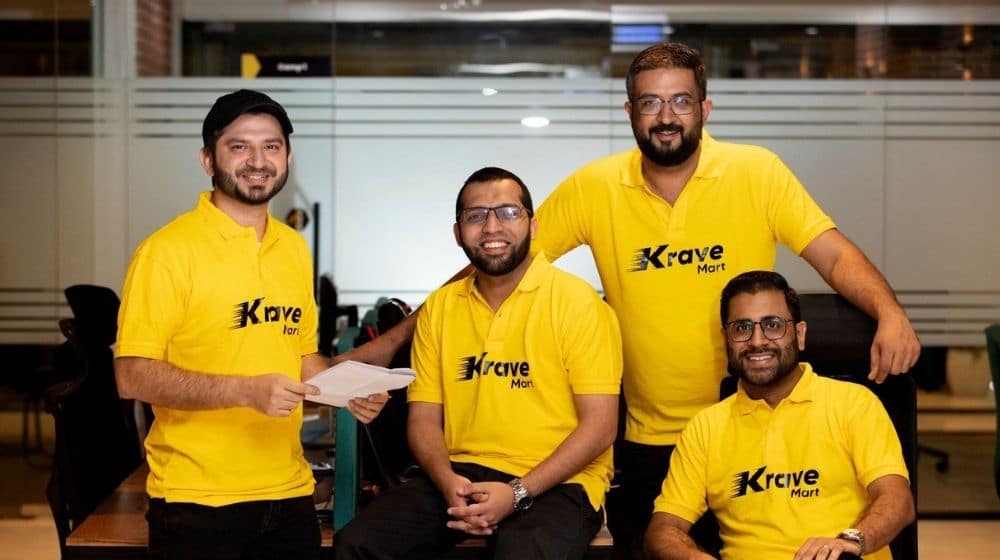 The delivery startup raised $6 million in pre-seed funding round, led by MSA Capital, ru-NET, Global Founders Capital, and Zayn Capital. Other investors in the round included Saison Capital, 2AM, Mehta Ventures, Jedar Capital, and Lakson Investments.

Competitors of Krave Mart include the likes of Airlift, another Pakistani startup which in August raised $85 million before internationally expanding, and Berlin-based Delivery Hero SE’s Foodpanda.

According to the CEO and co-founder of Krave Mart, Kassim Shroff, the real competition is neighborhood grocery stores.

Krave Mart initiated their services with Karachi and plan on expanding business to 10 more cities across Pakistan by the end of Q1 2022. The startup also plans on expanding to Sri Lanka, Nepal, and Bangladesh, offering delivery services for numerous categories.

Noting the young population of the country, increase in mobile users, and funding opportunities, Shroff, in an interview, stated, “We are where India was 10 years ago. It will take us just 2-3 years to catch up because the ecosystem really favors us.”

Tim Chen, GP at MSAS Capital, commented that quick commerce has become “a hyper-fragmented and inefficient experience” in the country. Chen further commented that the company had set certain standards and invested in similar models across the world, as Pakistan presents a great opportunity for growth.

Pakistani startups have attracted foreign funding totaling over $300 million this year, more than the previous six years put together.