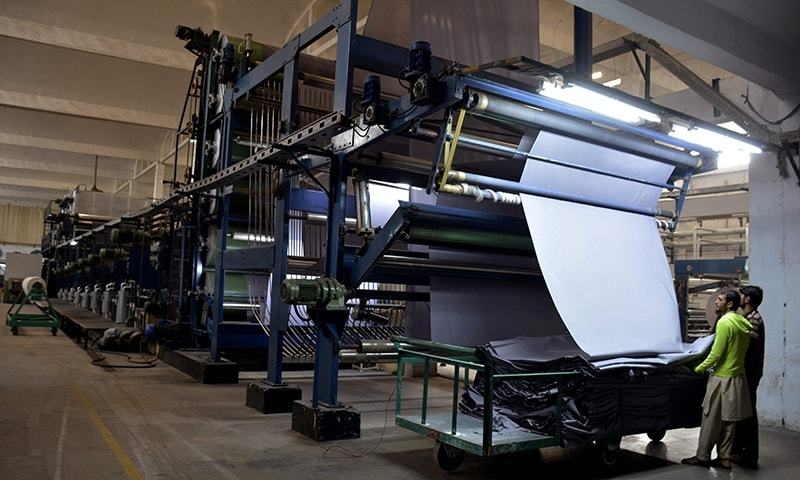 The government has suspended the supply of gas to all the textile mills in Punjab, putting the export industry at risk of heavy losses during FY2021-22.

Owing to the shortage of gas, top government officials ordered the gas authorities to immediately cut off the supply of gas to roughly 200 textile units, as reported by a national daily. The province is home to 70 percent of Pakistan’s textile sector, and the shortage of gas is expected to bring 80 percent of the industry to a standstill.

The supply of gas appears to be on hold for the entire winter, possibly until February or March 2022.

Furthermore, the Minister for Energy, Hammad Azhar, had guaranteed the textile industry that the gas supplies would be maintained at $9 per MMBTU, up from the previous $6.5 per MMBTU. Later on, the Ministry of Energy presented the Gas Load Management Plan to the Cabinet Committee on 2 December 2021, which decided that gas to captive power plants (regardless of being either co-generation or not) would be subject to load shedding from 15 December onward.

Process gas is being supplied uninterrupted to textile. Only the gas that they were using for captive power plants has been curtailed. APTMA had also taken a court stay on its tarriff increase (due to rise in LNG prices) to USD 9/mmbtu from 6.5. 1/2

Consequently, Punjab’s textile mills were badly hit when their gas tariff was doubled to $9 per MMBTU, which is more than double that of Sindh and Khyber Pakhtunkhwa that were also subjected to load shedding.

Captive power plants in export sectors (former zero rated sectors) all have power connections and a flat rate of 9 cents all inclusive has been offered to them by govt.
Furthermore, Out of 2300 industries in total on SNGPL network
– 1890 process industries are being supplied gas.

Most of the textile mills are cogeneration, meaning they use gas to generate power. Even if the extra electrical consumption could be managed, the mills would be unable to generate steam or hot water using electricity. The mills cannot be supplied with more power because the power distribution companies are unable to do so. Punjab’s textile mills are currently unable to operate, and this is expected to result in higher unemployment and poor export growth in the coming months.

Moreover, the government’s goal of increasing exports to $30 billion will also be imperiled because the textile industry will suffer significant losses as a result of the gas supply being cut off.