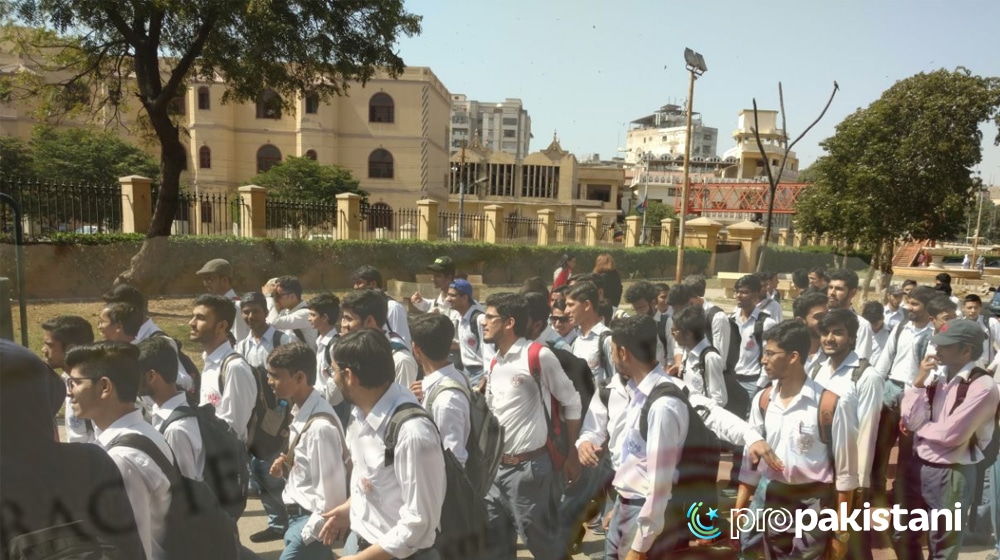 The contradicting announcements regarding the winter vacations by the Sindh government and All Sindh Private Schools and Colleges Association (ASPSCA) have caused a lot of confusion among students, parents, owners of private schools and colleges.

On Monday, owners of private schools remained unsure about whom to follow as half of the private schools in the province observed holidays in line with ASPSCA’s announcement and the remaining remained open as they would observe holidays with the Sindh government. Meanwhile, the parents remained uncertain whether to send their children to schools and colleges or not.

Earlier this month, the provincial education department had announced that winter vacations in both public and private educational institutes would be observed from 20 December 2021 to 1 January 2022.

The National Command and Operation Center (NCOC) had met on Friday with Federal Education Minister, Shafqat Mahmood, in the chair. The NCOC recommended the provinces shift the winter vacations in January in order to increase the COVID-19 vaccination rates among students.

Although the Sindh government immediately rejected NCOC’s proposal on Friday, it changed the schedule of winter vacations in schools and colleges two days later on Sunday. The provincial home department had notified the winter vacations in both public and private educational institutes in Sindh from 3 to 10 January 2022.

However, ASPSCA rejected the announcement of the home department and decided to observe holidays from 20 December 2021 to 1 January in line with the initial schedule that was issued by the provincial education ministry, causing confusion among students, parents, owners of private schools and colleges.