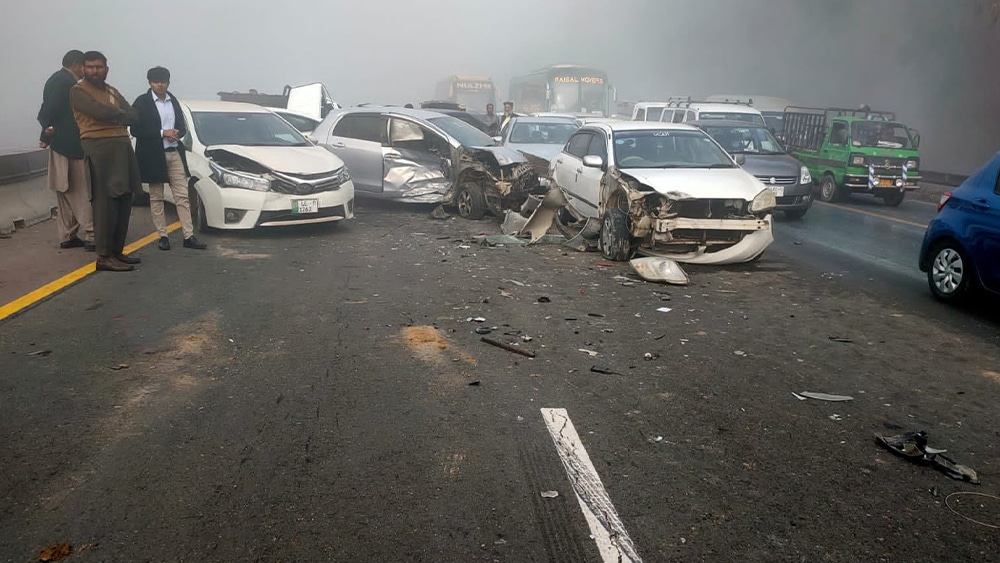 The National Highway and Motorway Police (NHMP) has confirmed two fatalities in a collision of at least six cars this morning on the Babu Sabu Motorway due to thick fog that has engulfed most of Lahore.

Recovery and rescue teams arrived at the scene, and the injured have been shifted to a nearby hospital.

Meanwhile, NHMP has advised the motorists to drive carefully in the fog.

Previously, around 20 fatalities were reported on 30 November when 20 vehicles collided with each other near M2 Kala Shah Kaku.

Traffic accidents are growing around the world with a considerable number of casualties. The World Health Organization stated that about 1.3 million people die each year as a result of road incidents worldwide, leaving 20 million to 50 million people suffering from serious injuries that can potentially become disabilities.

It is highly recommended to use the low beam and fog lights in the prevalent weather conditions, besides maintaining a good distance from the car in front, which allows a little more time to apply the brakes.