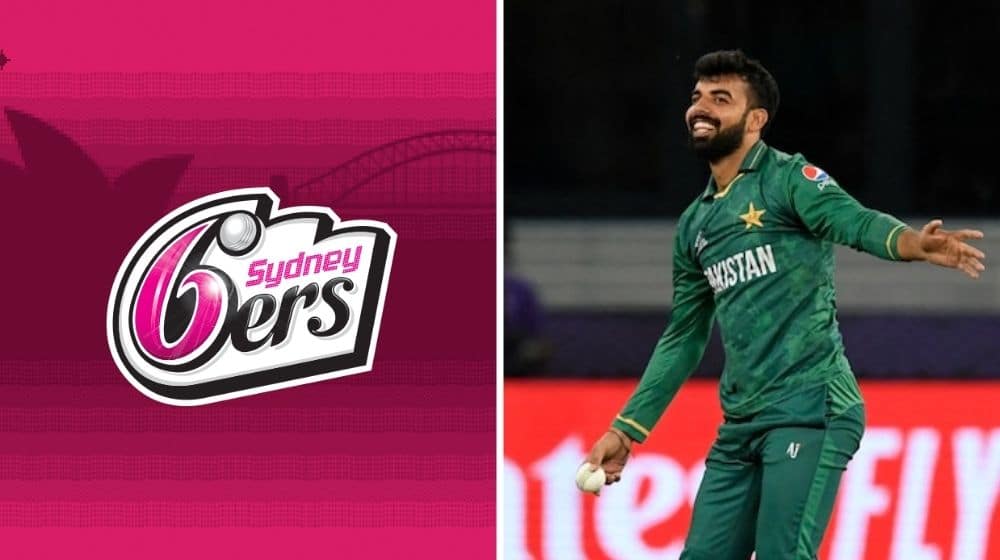 Pakistan’s star all-rounder, Shadab Khan, has signed with Sydney Sixers for the ongoing eleventh edition of the Big Bash League (BBL). Islamabad United’s captain will get ample match practice ahead of the upcoming PSL 7 and will also get a taste of the conditions on offer in Australia ahead of the 2022 T20 World Cup in the country.

Rauf, Danyal, and Faridoun have been picked up by Melbourne Stars while Hasnain will represent Sydney Thunder.

Shadab previously played in BBL in the seventh edition of the tournament for Brisbane Heart. He played three matches for the team and picked up 6 wickets in the tournament.

The star all-rounder will be looking to create an instant impact and help the defending champions to their third BBL title in a row and fourth overall. Sixers currently sit at the second spot on the BBL points table with four wins out of the five matches played so far.

Shadab will return to Pakistan before the start of PSL 7. He will be determined to lead Islamabad United to their third PSL title in history. The first match of PSL 2022 will be played on 27 January at National Stadium Karachi.