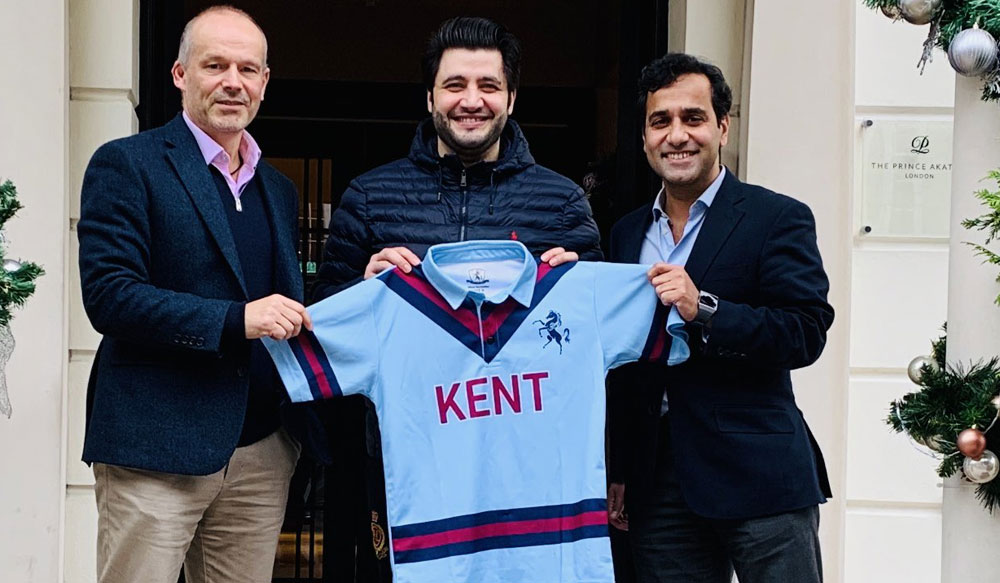 The owner of the Pakistan Super League (PSL) franchise, Peshawar Zalmi, Javed Afridi has promised a ‘surprise’ for cricket fans after a meeting with the CEO of England’s Kent County Cricket Club, Simon Storey.

Matters of mutual interest were discussed during the meeting. Both officials emphasized strengthening cricket relations between Pakistan and England.

“Cricket is a game that brings nations together and we discussed different avenues of increasing our cooperation,” said Storey.

MP British Parliament, Chishti said that he was delighted to see Javed Afridi and Simon Storey exchanging notes about their plans for the betterment of cricket.

In light of recent developments, fans are anticipating a partnership between Peshawar Zalmi and Kent County Cricket Club.