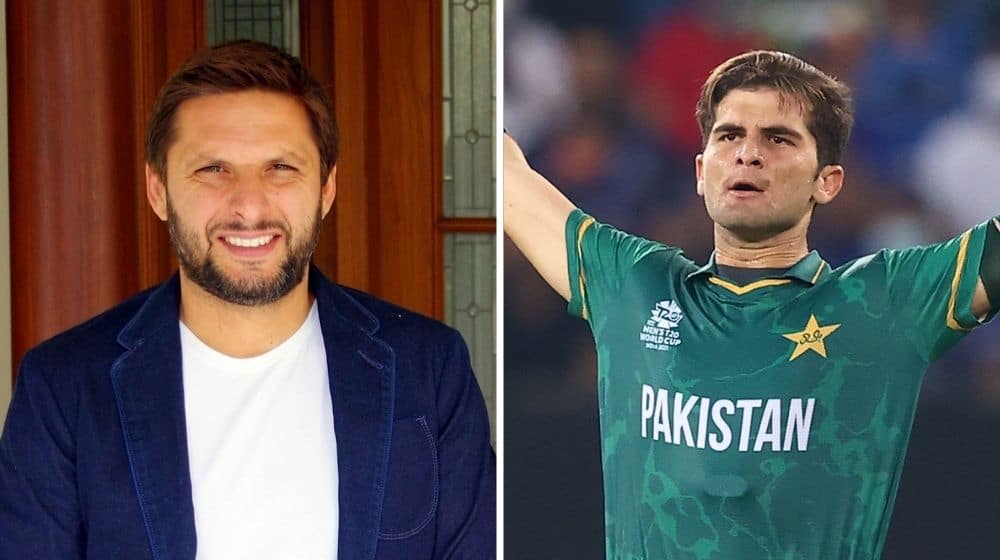 Shaheen was appointed as captain of the Pakistan Super League (PSL) franchise, Lahore Qalandars, for the upcoming seventh edition of the tournament. Shaheen joined the franchise as an emerging player in the third season of the competition and has gone on to become the highest wicket-taker in the franchise’s history.

Afridi talked about Shaheen’s appointment as Lahore Qalandars captain in a sports show on Samaa TV. Afridi, who has joined Samaa TV as Sports Director, was present in the show hosted by renowned cricket journalists, Sawera Pasha and Sohaib Alvi.

Afridi said, “I had advised Shaheen to wait for a year or two before accepting captaincy so that he can focus more on his bowling but as he is also an Afridi, he didn’t listen to me.”

The 44-year old added that it is a good thing that Shaheen accepted the captaincy as it shows his confidence in his abilities and he availed a good opportunity. He added that captaincy is a learning process and every player wishes to be a captain of his team and wished Shaheen can go on and prove him wrong by performing well as a captain.

Afridi further added that initially, he was not in favor of handing Pakistan’s captaincy to Babar Azam, but he has proven him wrong. Afridi added that Babar has grown as a captain and there are signs of a proper leader who will take the team to new heights.

Watch the video of the interview:

"I was never in favour of @babarazam258 captaincy but he proved me wrong, I had advised @iShaheenAfridi to wait for a year or two before accepting captaincy, so that he can focus more on his bowling but as he is also an Afridi, he didn’t listen to me,”
#SamaaTV @SAfridiOfficial pic.twitter.com/0YLs2qOgIq

You can also check out the complete PSL 2022 schedule here!