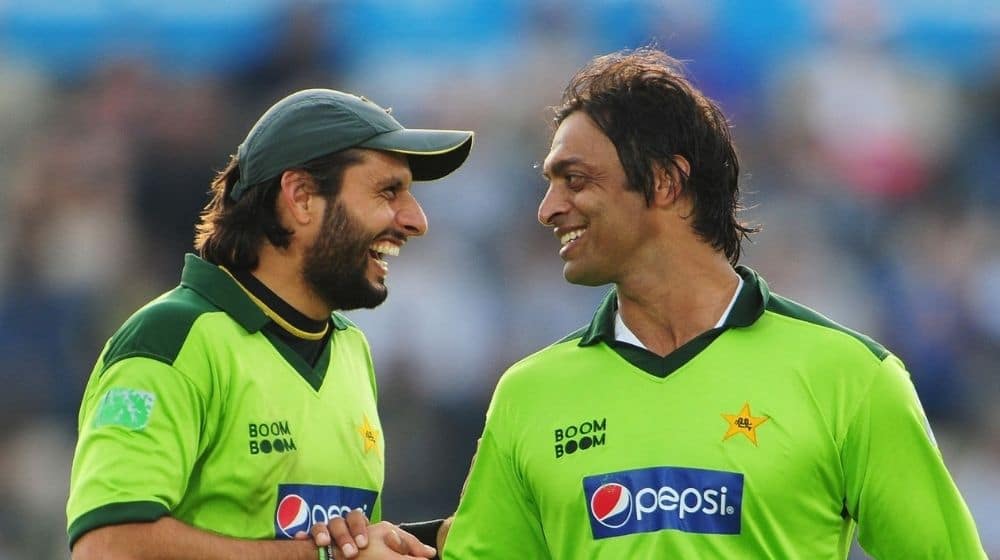 Pakistani legends, Shoaib Akhtar and Shahid Afridi will play in the Legends Cricket League set to be played in January 2022 in Oman. Akhtar, Afridi, and other legends of the game will take part in the three-team tournament which will feature an Asian team, an Indian team, and a Rest of the World team.

Akhtar and Afridi will be a part of the Asian Lions squad that contains other legends from Pakistan, and Sri Lanka, as well as players from Afghanistan, and Bangladesh. The likes of Misbah-ul-Haq, Shoaib Malik, Umar Gul, Azhar Mahmood, Younis Khan, and Mohammad Yousuf are the other Pakistani players in the Asian Lions squad that also includes players such as Sanath Jayasuriya, Muttiah Muralitharan, Chaminda Vaas, and Asghar Afghan.

Other superstars such as MS Dhoni, Shaun Pollock, Yuvraj Singh, Darren Sammy, Sachin Tendulkar, Virender Sehwag, Brian Lara and Brett Lee are also expected to be a part of the exciting initiative.

Former Indian head coach and commissioner of the Legends Cricket League, Ravi Shastri, expressed his delight at welcoming the likes of Afridi and Akhtar to the league.

Shastri said that champion players such as Afridi, Akhtar, Malik, Vaas, and Muralitharan playing in one team will be a blast and there will be top-quality cricket on display.