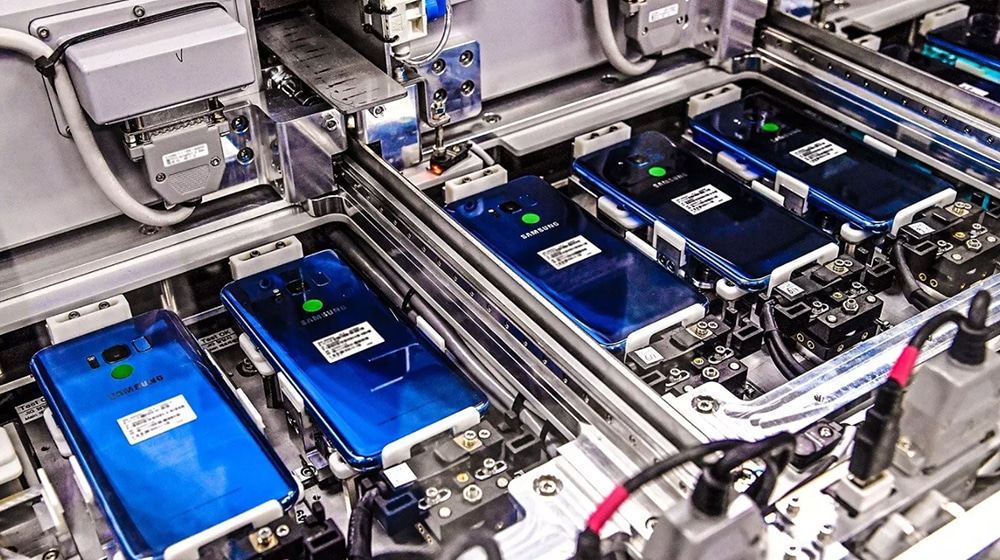 The production of mobile phones by local manufacturing plants has witnessed a significant increase of 3.25 million in November 2021, and the total production reached 22.12 million in the first eleven months of the current calendar year.

The production of mobile phones by local manufacturing plants has more than doubled against the import of commercial mobile phones in the country during January-November 2021 as the local production was recorded at 22.12 million compared to 9.95 million imported mobile phones.

The Pakistan Telecommunication Authority (PTA) data revealed that the local manufacturing trend reflects a positive uptake on the PTA’s Mobile Device Manufacturing (MDM) Authorization regulatory regime, whereby local manufacturing within the first year of regime introduction has resulted in the production of 22.12 million phones in a short span of 11 months, including 9.03 million 4G smartphones.

As per the PTA data, 52 percent of mobile devices are smartphones and 48 percent 2G on the Pakistan network. The successful implementation of the Device Identification Registration and Blocking System (DIRBS), along with conducive government policies, including the mobile manufacturing policy, has created a favorable environment for mobile device manufacturing in Pakistan.

It has also contributed positively to the mobile ecosystem of Pakistan by eliminating the counterfeit device market, providing a level-playing field for commercial entities, and has created trust among consumers due to the formulation of standardized legal channels for all sorts of device imports. The government had introduced a mobile manufacturing policy to encourage and attract manufacturers to establish their units in Pakistan.

The establishment of 27 manufacturing plants has brought in an investment of over $126 million and created over 10,000 jobs in a short span.