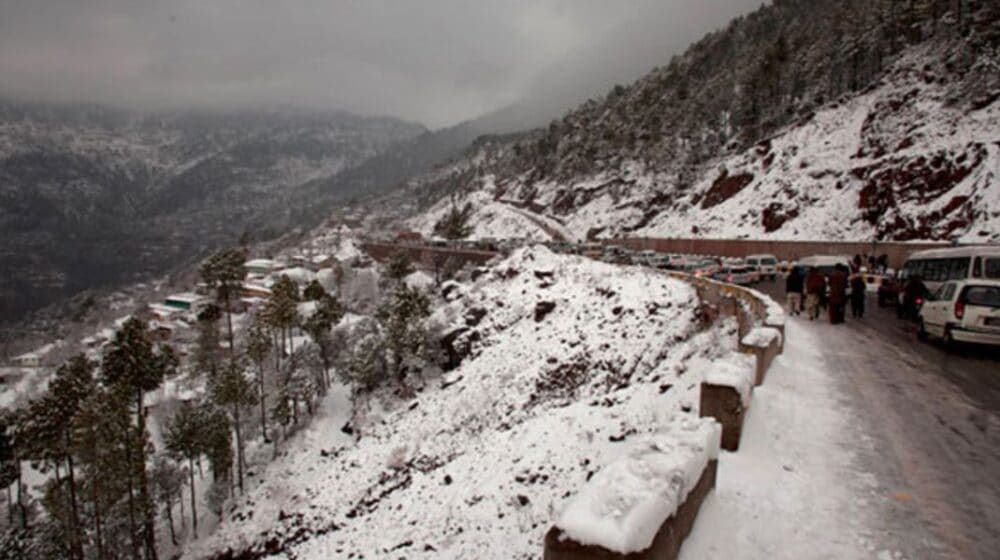 Winter is here in all its glory, enveloping hill stations in an ivory glow of the season’s first snow, and encouraging people to travel to northern hills and valleys. Around this time of the year, Murree and its surrounding areas are preferred destinations for many tourists, which predictably leads to traffic jams in these areas.

In light of this issue, the local City Traffic Police (CTP) has disseminated a traffic advisory to tourists traveling to and from Murree and other hill stations to ensure their safe and smooth journeys.

A spokesperson for the local authorities told the media that around 67,000 vehicles have arrived in Murree until now, and the number is on the rise. The huge influx of vehicles and road obstructions caused by the snow has resulted in terrible traffic jams.

These traffic jams are a threat to the locals and tourists, which is why the Rawalpindi Chief Traffic Officer (CTO) Taimoor Khan has urged tourists to avoid wrong parking, making double lanes, and posing for photos in the middle of roads.

He stated that additional traffic wardens have been designated to ensure a smooth flow of traffic in the areas, and has requested tourists to cooperate with the authorities and avoid rash driving and breaking traffic rules.

The CTP has also requested tourists to ensure that their vehicles are in good condition before embarking on their travels in harsh weather conditions.

Pakistan is likely to experience a cold wave in the coming days as per forecasts from the metrological department. Islamabad, northern Punjab, Khyber Pukhtunkhwa, Gilgit-Baltistan, Kashmir, as well as certain parts of Balochistan are expected to receive rains and snowfall, while the plains of central and southern Punjab and Sindh will also remain cold and foggy.