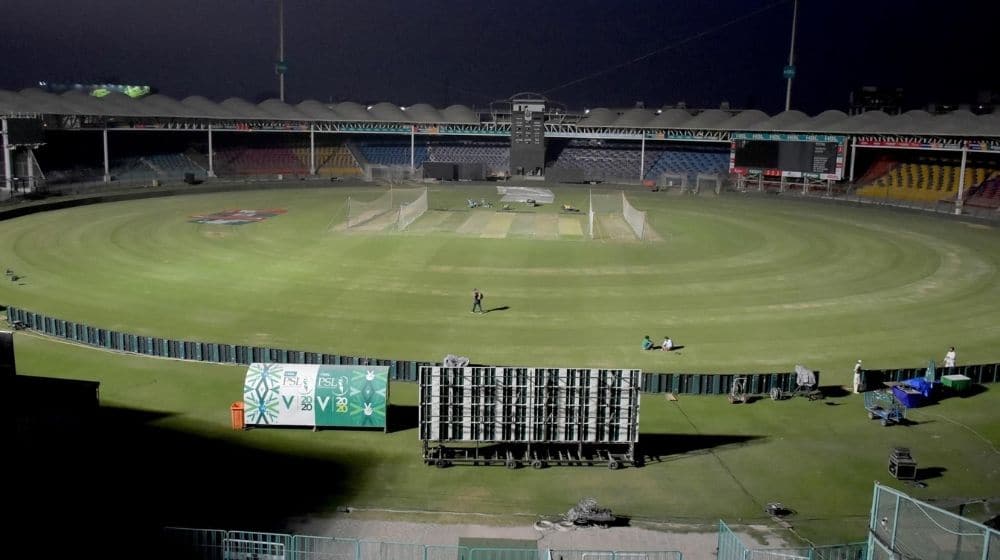 The provincial governments across the country are considering implementing restrictions as the Omicron variant rapidly spreads across the country. An alleged notification by Sindh Health Department was circulated around social media which stated a number of restrictions including the seventh edition of Pakistan Super League (PSL) to be played in empty stadiums.

While the notification went viral on Twitter, the official account of the Sindh Health Department reported that the notification was ‘photoshopped’ and termed it fake. They stated that no such notification has been issued and no decision regarding any restrictions has been made as of yet.

As things stand, PSL 7 will be played in front of passionate cricket fans at the National Stadium Karachi and Gaddafi Stadium, Lahore. According to details, the National Command and Operation Center (NCOC) has already allowed the Pakistan Cricket Board (PCB) to hold the PSL 7 matches in front of a full capacity crowd and it is likely that no restrictions will be placed. Only fully vaccinated people will be allowed to enter the stadium according to the Covid-19 SOPs shared by the NCOC.

According to PCB chairman, Ramiz Raja, the fans are the most important aspect of the sport and he has stated multiple times that he will implement new and exciting ideas in PSL 7 to enhance the experience of the fans in the stadium. It is reported that special fan booths will be put in place outside the stadiums where the fans can indulge in fun activities including commentating on previous PSL matches. With the tournament just a few weeks away, it will be interesting to see what further activities will be put in place for the fans.

ALSO READ
Has Sindh Closed Down Schools and Cancelled Exams?

PSL 2022 is scheduled to take place in two phases, the first phase will commence from 27 January in Karachi while the second phase will be played in Lahore including the play-offs and the final, which is set to be played on 27 February.