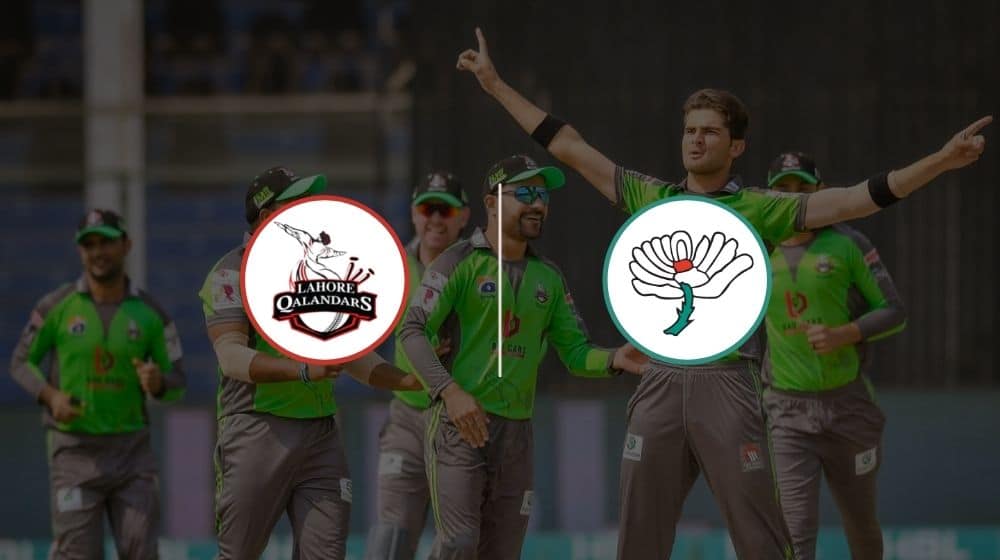 Pakistan Super League (PSL) franchise, Lahore Qalandars’ historic contest against English County, Yorkshire, has been called off due to the rapid rise of COVID-19 cases around the globe. The match between the two teams was set to be played at Gaddafi Stadium, Lahore on 16 January to commemorate the newly signed strategic deal between the two sides.

The strategic partnership between Lahore and Yorkshire includes a player exchange program with players from both teams getting an opportunity to move from one team to another. According to the deal, the partnership between the two will commence with Lahore Qalandars’ player, Haris Rauf, joining Yorkshire as an overseas star for the upcoming county season.

According to the partnership, the player exchange will also involve a scholarship program that can be utilized by talented upcoming cricketers in both teams.

Yorkshire was supposed to travel to Pakistan for a four-day tour which included the clash against Lahore at Gaddafi Stadium but due to unfortunate circumstances, the tour has now been canceled. The two teams have not revealed whether the tour will take place at another time or not.

Qalandars are set to take part in the upcoming seventh edition of PSL. The tournament is set to commence on 27 January and will Lahore play the first match of the tournament on 29 January against Multan Sultans.