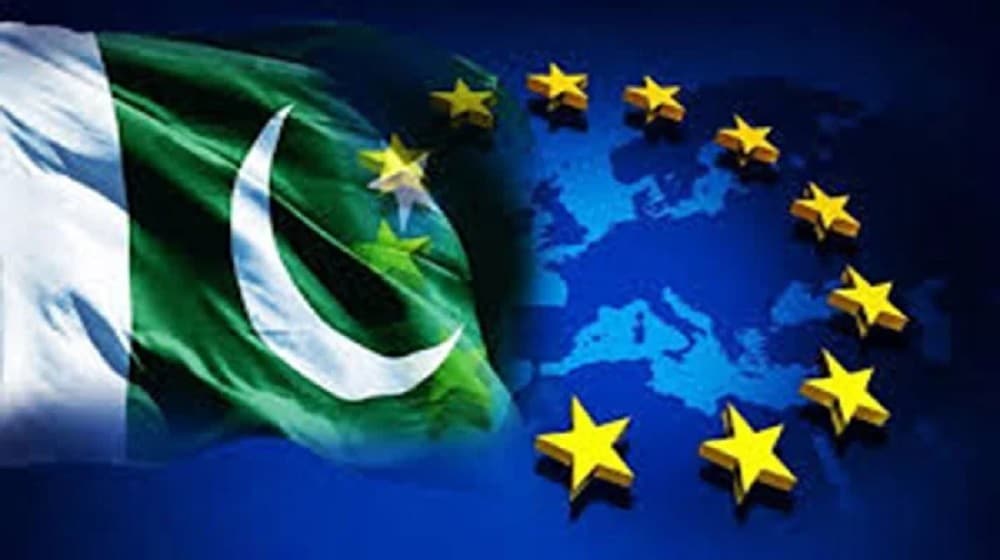 An EU mission, the panel was informed, will visit Pakistan in February in connection with the extension of Good Governance and Sustainable Development (GSP Plus) status. It will monitor the situation of human rights, women rights, minority rights, labor rights, child rights, and climate change in the country.

This was revealed in a meeting of the Senate Standing Committee on Commerce held with Senator Zeeshan Khanzada in the chair, as the committee was briefed on the Pak–EU Bilateral Trade under the GSP+ on Wednesday.

The committee was informed that 66 percent of tariff lines from Pakistan benefit from tariffs (duty-free access), covering the top 10 product sectors of export to the European Union — all except cereals like rice. It was further informed that the rest of 24 percent enjoyed the Most-Favored Nation (MFN) tariffs. The scheme included a concession to Pakistan whereas no reciprocal concession was given to the European Union.

The committee recommended introducing trade in Pakistani Rupees on all indigenous items.

Senator Zeeshan Khanzada said the tariff composition was under the ambit of the Ministry of Commerce, so the Federal Board of Revenue (FBR) should not bypass the Ministry while determining the tariff rates as observed in the Money Bill 2021.

The committee recommended that the powers to determine the tariff composition should be shifted to the Ministry of Commerce.

Deputy Chairman Muhammad Mirza Afridi inquired about the mechanisms adopted to determine the tariff. Secretary Commerce informed the committee that the tariff compositions were determined with the consultation of the National Tariff Commission (NTC) and an economists team.

The committee was informed that Mexico imposed a ban on rice import from Pakistan due to the detection of Khapra beetle (a destructive pest of grain products) in some shipments. It was told that a technical expert from Mexico had visited Pakistan in December 2014, however, the ban was not lifted.

Speaking on the issue, Senator, Saleem Mandviwalla said, “a stock of 600 million dollars in Mexico was present at that time.” He said, “all the countries were able to lift the ban except Pakistan.”

ALSO READ
Government Decides to Ban All Cryptocurrencies in Pakistan

The Chair directed the authorities concerned to provide information on the Textile Policy Review in the next meeting.

The Chairman committee directed the Ministry to hold meetings and pursue the list of banned items and make a way forward on the subject on the issue of adding non-Afghan origin goods which included perishable goods auto parts, spare parts, and tobacco in the allowed list of trading goods