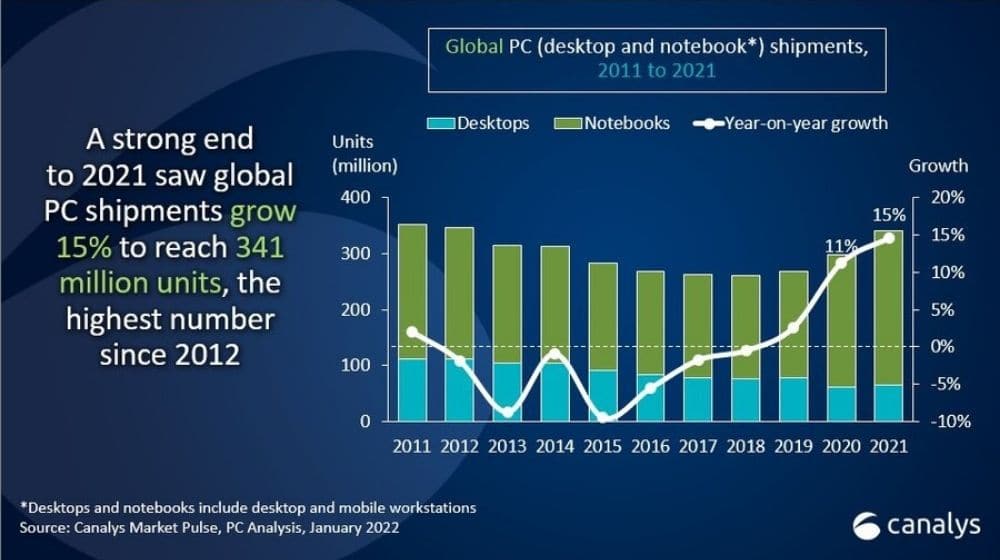 The year 2021 ended with a bang for the global PC shipments. Due to the ongoing chip shortage in 2021, a decline in the sales of the semiconductor-based technologies was expected, however, instead of detrimental sales, the year recorded impressive growth in terms of global PC shipments growing by 15 percent, when compared to 2020, reaching 341 million units.

As per a report by Canalys, the fourth-quarter shipments exceeded 90 million for the second year in a row. The report further states, that the worldwide shipments of desktops, notebooks and workstations grew 1% year on year to 92 million units compared to 91 million a year ago. This pulled up the total shipments for the year 2021 to 341 million units, 15% higher than 2020 and 27% higher than 2019, while being the largest annual shipment recorded since 2012.

Ishan Dutt, a senior analyst as Canalys, says in the report: “For the market to post double-digit growth over an impressive 2020, despite the constant cloud of supply constraints, speaks volumes about how strong PC demand has been over the last 12 months.” 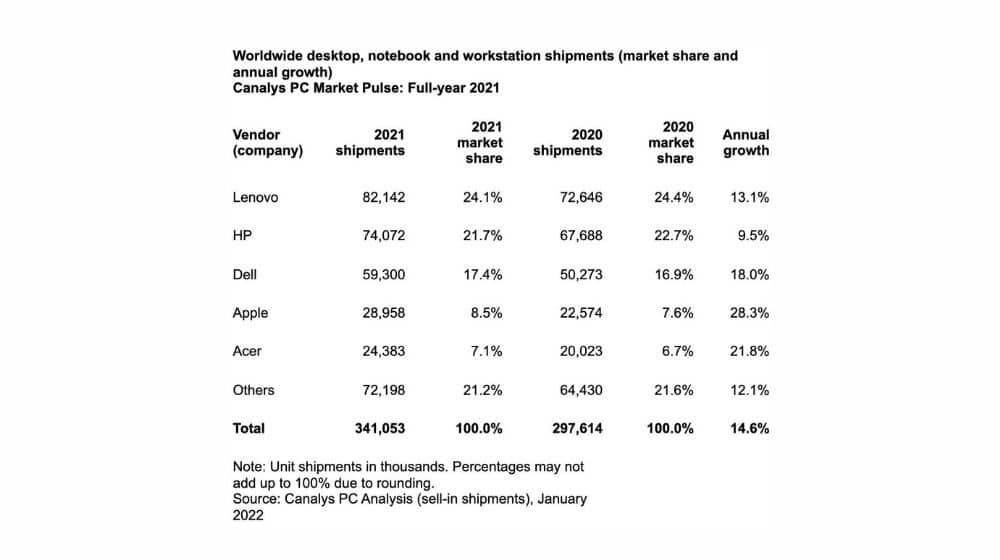 The Cupertino based tech giant, Apple, ranked fourth with Q4 growth of 9.0 percent and yearlong growth of 28.3% making it the best-performing vendor and landing it a spot in the top five. Acer rounded out the top five for both Q4 as well as the full year 2021, posting shipments of 6.6 million in Q4 and 24.4 million units in 2021.

While the global chip shortages are expected to continue in 2021 as well, which might affect the overall market growth, Canalys still believes that 2022 will be a strong year for PC sales.