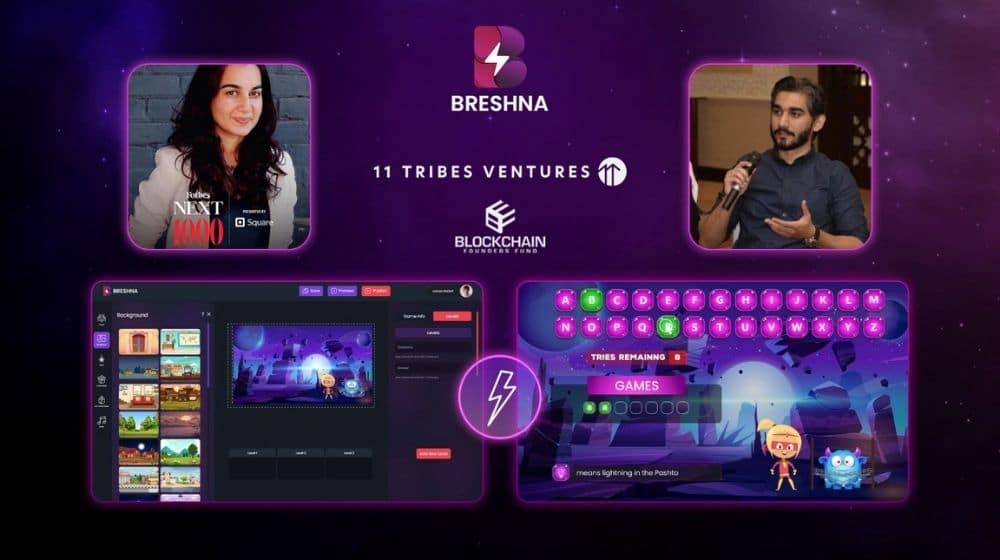 The round was led by 11 Tribes Ventures and Blockchain Founders Fund and included Zell Capital, Realist Ventures, Formless Capital, and Mask Network, as well as many other angel investors. The round also included a Republic equity crowdfunding raise that totaled $195,960 from 327 investors.

GRID, founded by Pakistani entrepreneur Marium Nusrat, is a US-based woman-led startup that aims to democratize content creation via video games. Marium Nusrat was previously listed in Forbes Next 1000 list that celebrates startups and businesses with under $10 million in revenue and is a recipient of the Clinton Global Initiative University Honor Roll Alumni Award.

Nusrat also successfully manages a team of 18 game developers and designers, with experience in video game development and social innovation.

The team is currently building a platform titled Breshna that allows users to create purposeful video games without using a single line of code. Breshna means lightening in Pashto, the Founder’s mother tongue.

The platform currently has 1100 registered users with over 3000 video games already developed. The alpha version of Breshna was recently launched by GRID and has ranked #2 Product of the Day on Product Hunt.

Breshna operates at the intersection of 3 exploding tech trends; no-code content creation, serious games, and NFTs. Video games are powerful communication tools, but their use has been limited to entertainment due to the cost, skills, and time barriers associated with video game creation. Breshna breaks these barriers and empowers a non-tech audience to create purposeful video games at low cost, with no-code, and at lightning speed. With our investors’ support, we are now poised to build for a world where everyone, irrespective of their coding and design skills, can tell a story through video games.

Mariam and the team have built an organization and culture that is motivated by all the right reasons. Their disciplined operation of the company in such a lean and efficient manner gives investors a high level of confidence knowing that funding will truly be put to good use. Bottom line, Mariam and the team are capitalizing on the intersection of some very significant market trends and we at 11 Tribes Ventures are firm believers that they are onto something big. We’re thrilled to be along for the journey.

The latest seed fund also attracted investors focused on the web3 space. GRID plans on using the capital raised to further enhance user experience and accelerate the growth of Breshna among its target users.