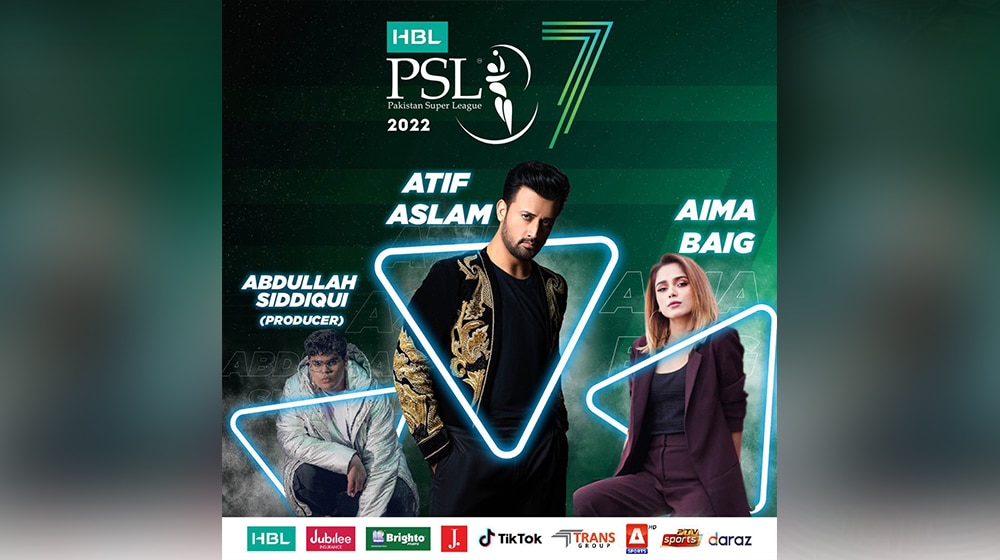 The super-hyped anthem of PSL 7 has leaked on social media prior to its official release. The videos circulating the internet show superstars Atif Aslam and Aima Baig performing the anthem on stage.

According to sources, the much-awaited anthem was being filmed at Lahore’s Qaddafi Stadium when someone from the audience secretly recorded the video. A big crowd can be seen in the viral videos, witnessing the live performance by lead artists on stage.
This is the first time that Atif Aslam has been roped in to sing the PSL anthem while Aima Baig had previously featured in PSL 2021’s anthem titled ‘Groove Mera’. This year’s anthem has been composed and produced by Abdullah Siddiqui.
PCB has taken notice of the situation immediately. The management has decided to start an inquiry into the incident.
The release of the PSL 7 anthem already faced delays due to issues regarding sponsorships and production. According to sources, the anthem was expected to be released around 20 January. However, PCB has not yet announced the release date of PSL 2022’s theme track.