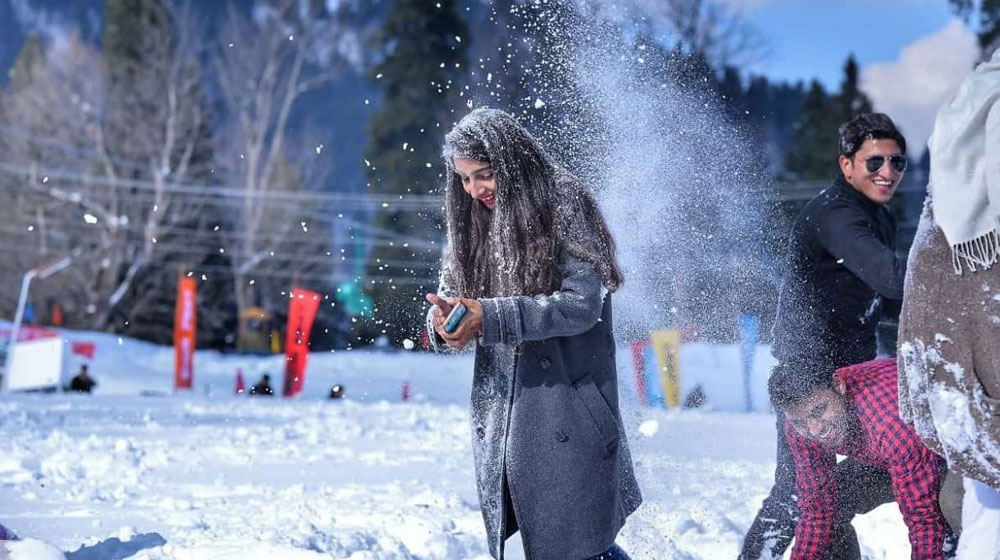 Winter tourism activities resumed in the Galiyat area on Tuesday after a break of 10 days.

The government had banned tourism-related activities in the entire region after the Murree tragedy, in which 22 people had lost their lives after being stuck in a frozen traffic jam.

However, the Galiyat Development Authority (GDA) and district administration allowed the entry of tourists on Tuesday as the weather conditions improved.

“Tourists are encouraged in the Galiyat region via the Abbottabad-Nathiagali Road, but certain restrictions are in place to prevent any damage to public life,” a spokesperson for the GDA, Ahsan Hameed, told Dawn.com.

He said tourists had to follow guidelines on travel, stay, and parking.

He noted that another spell of snowfall is expected from Wednesday. In such a case, the GDA will restrict the movement of tourists within a 25-kilometer area between Bagnotar and Dongagali over fears of landslides and avalanches.

The spokesperson said that the area beyond Dongagali to Bariyan would remain sealed for tourists.

Ahsan Hameed said that the snow had been removed and all roads under the domain of GDA had been cleared for traffic.

“To facilitate tourists, the GDA has deployed 60 helpers on the main Bagnotar to Bariyan Road at every five-kilometer distance for the assistance of tourists, while the officials of traffic police and Rescue 1122 are posted to key points for early response,” he added.

The spokesperson said that the authority was discouraging tourists’ entry from the Bariyan side and was allowing them from the Abbottabad side. He added that the number of tourists has been reduced to 20,000-25,000 for safety reasons.