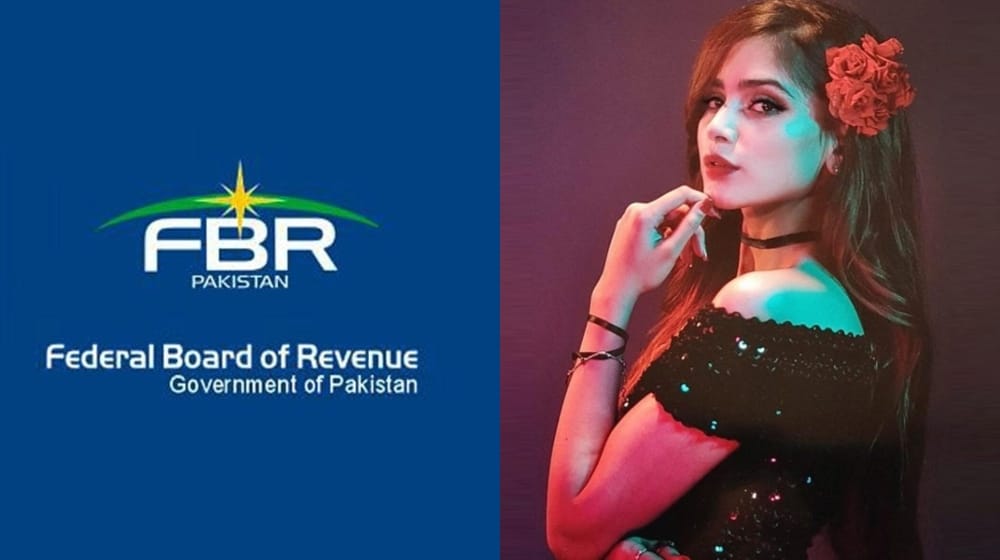 PSL 7 anthem singer, Aima Baig, is once again making headlines for something not related to her profession. This time, she is in the spotlight for making a fool out of the Federal Board of Revenue (FBR) thanks to her sharp presence of mind.

According to details, the tax watchdog had recently initiated legal action against the 26-year-old singer for evading taxes worth Rs. 85 million for the tax years 2018, 2019, and 2020.

In the first phase of the proceedings, the FBR had ordered concerned departments to freeze all the bank accounts of Aima Baig to recover a part of the defaulted amount.

However, the FBR later came to know that the singer had already anticipated the move and had withdrawn Rs. 25 million from all of her bank accounts before the tax watchdog could act.

After freezing the empty bank accounts, the FBR is now mulling over raiding her house and seizing all the luxury vehicles of the singer in order to recover the amount of taxes.

Before initiating legal action against her, the FBR had served a notice to Aima Baig, ordering her to pay the outstanding tax at the earliest. The tax watchdog had also given her a 15-day deadline to file a written response on the matter.

Aima Baig rose to fame from a TV show in 2015. She is known for her songs in films Lahore Se Agay, Na Maloom Afraad 2, Teefa in Trouble, and Jawani Phir Nahi Ani 2.

She is the talk of the town since last night after videos of the super-hyped PSL 7 anthem featuring her and Atif Aslam got leaked on social media ahead of the official release.