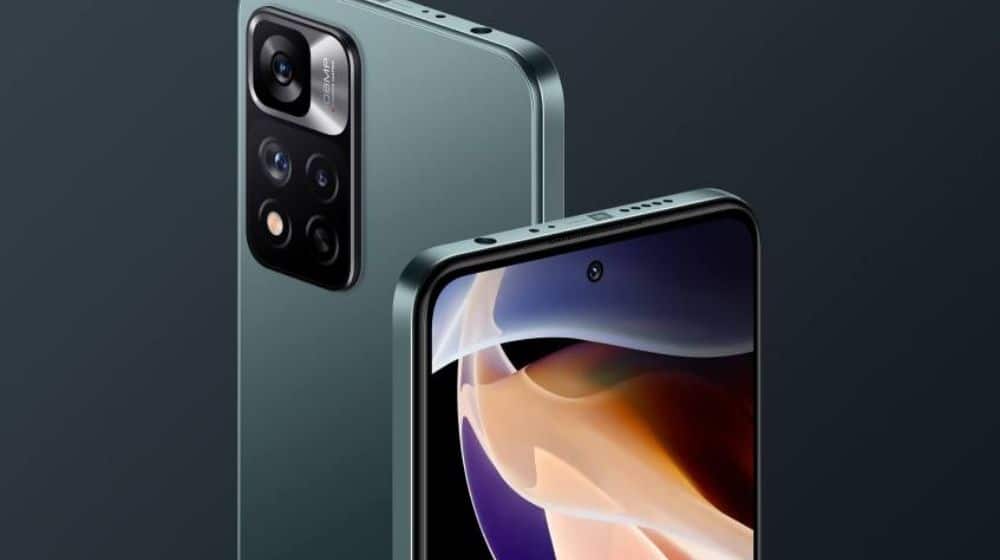 Redmi Note 11’s international launch has raised much speculation because of the rumors going around for some time, regarding its design and expected spec sheet.

Previous reports suggested that the Redmi Note 11 series will be different from the Note 11, Note 11 Pro, and Note 11 Pro+ smartphones, unveiled in China back in October 2021. However, now the official renders of the Note 11 Pro and Note 11 Pro 5G have surfaced giving an exclusive first look at its design.

As per the new leaks, the global version of the Note 11 Pro series seems quite similar to its Chinese variant.

The new renders showcase that the Redmi Note 11 Pro features a flat-edge design. The top edge of the device features a microphone, an IR blaster, a speaker grille, and a 3.5mm audio jack. While the bottom edge features microphones, a USB-C port, and a secondary speaker grille.

The leaks further suggest that both models of the Note 11 Pro lineup will flaunt a 6.67″ display that offers a standard 120Hz refresh rate, however, it’s not yet confirmed whether the smartphones will be fitted with an LCD or an AMOLED panel. The display also has a punch-hole cut-out housing the selfie camera, while the rear panel will come with an LED-assisted quad-camera setup featuring a 108MP primary sensor.

The Note 11 Pro lineup will house a large 5,000mAh battery, which will also render support for 67W fast charging.

According to the leaks by MySmartPrice, the Redmi Note 11 Pro and Pro 5G will be available in colors of Graphite Gray, Polar White, and Diamond Dazzle.

The Redmi Note 11 series is scheduled to launch in the global market via a special launch event held on January 26th. With just a week remaining till the launch, we expect more rumors and leaks over the next few days.