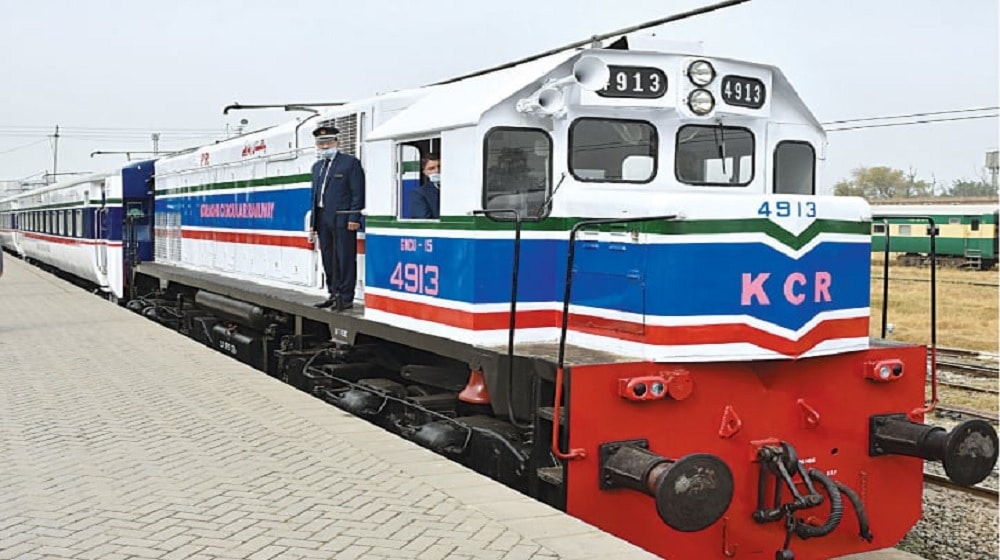 The Board of Public-Private Partnership Authority (P3A) has rejected the consultant’s proposal for a subsidy of Rs. 533 billion for the Karachi Circular Railway (KCR) project for over 30 years, and has instead decided to pay a 40 percent Viability Gap Fund (VGF) to the concessionaire.

The 19th Public-Private Partnership Authority Board met on Tuesday under the chair of the Federal Minister for Planning Development & Special Initiatives, Asad Umar, and approved the project proposal/transaction structure for the Development and Operation of the KCR project

The total estimated cost of the KCR project is Rs. 218 billion, including civil works estimated to be around Rs. 96 billion. The level crossings have already been awarded to the Frontier Works Organization (FWO) so the total cost has been reduced by Rs. 17 billion. The project cost does not include the cost of land acquisition.

The Government of Pakistan’s VGF share is around Rs. 80 to 90 billion, an official source revealed. The final estimated cost of the KCR will be approved by the Central Development Working Party (CDWP) under the umbrella PC-I.

The consultant Transaction Advisor (TA) has proposed Rs. 533 billion, which comprises electricity, major maintenance, and operations and maintenance subsidies. However, the total annuity amounts to Rs. 1,002 billion, which also includes debt servicing, return on equity (RoE), and taxation. The proposal was rejected by the P3A board and decided to pay a lump sum of 40 percent VGF, after which the concessionaire will take care of the rest, the source said. The GoP’s share will be either funded by leasing 13 properties of the Pakistan Railways or will alternatively be funded by the federal PSDP, the source added.

The board also approved the Minimum Revenue Guarantee (MRG) in the ratio of 85:115, which means that in case of 15 percent fewer passengers traveling via the KCR, the burden will be on the concessionaire but if the deficit increases above 15 percent, it will be equally shared by the GoP and the concessionaire. Similarly, it rejected the consultants’ proposal of risk-sharing on an 80:20 basis and decided that it should be 50:50 instead.

The board reviewed the key statistics and components of the project proposal for the KCR which envisaged the project to be built on a PPP basis whereby the private sector will be responsible for the financing of the construction of the civil works, the electrical and mechanical (E&M) component (including the procurement of the rolling stock), and the operations and maintenance (O&M) of the project from its own resources under a single package contract.

The approved project Proposal/TS entailed the project to be implemented on a BOT–user charge basis and the GoP to provide Capital Viability Gap Funding to improve the financial viability and bankability of the project. To seek adequate investor interest in the project and to magnify its success prospects, the private sector will also be given a minimum revenue guarantee (MRG) for the initial operational years and the right to undertake the commercial development of the KCR stations to supplement fare and non-fare revenues incidental to the project.

The project is aimed at providing a reliable, safe, and environment-friendly public transport system to the citizens of Karachi. It entails the construction of a 43 km dual-track urban rail mass transit system that is expected to be built in three years. The project is expected to serve a daily ridership of 457,000 that may soar to one million a day by the end of a 33-year concession period. It will deploy the use of electric trains and will be operational 17 hours a day seven days a week. It encompasses the construction of 30 stations along the corridor covering the densely populated areas of the city.

The economic benefits of this project are phenomenal in terms of saving vehicle operating costs, environmental protection, accident and time savings, promoting gender equality, and the spill-over tax impact.

Chairman Asad Umar highlighted the importance of the project saying, “The project is an important part of the Karachi Transformation Plan and will play a pivotal role in providing affordable and reliable public transport system to the Karachiites’.

He added that following the approval of the KCR project by the P3A Board, the project appraisal process for the Karachi-Pipri Freight Corridor project should also be completed at the earliest as that project is also critical in terms of easing congestion at Karachi Port. The project, with its transaction structure approved by the P3A Board as mentioned above, will be brought to the market after its approval by the Executive Committee of the National Economic Council (ECNEC).