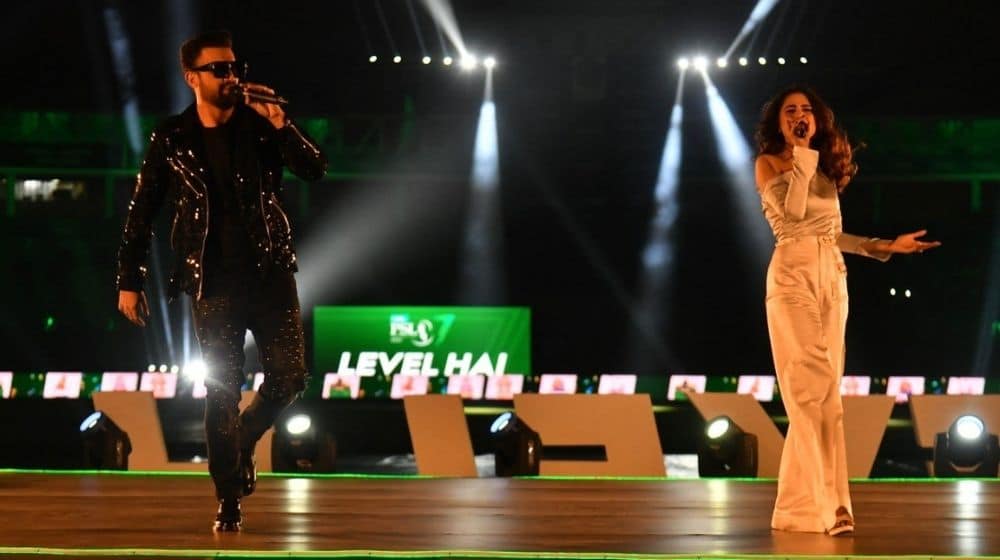 For the first time in Pakistan Super League (PSL) history, the tournament kickstarted without the glitz and glamor of an official opening ceremony. Nevertheless, Pakistan Cricket Board (PCB) did have some arrangements to entertain the crowd at National Stadium Karachi prior to the start of the first match of PSL 7.

The curtain raiser started with Pakistan’s national anthem before a video of Pakistan cricket’s history was played on the big screen for the fans. After the heartfelt tribute to Pakistan cricket, three Austrian skydivers jumped from 5,000 feet to arrive outside the National Stadium Karachi. The skydivers brought in the official ball for the first match of the PSL 7 and handed it to the umpires to kickstart the festivities.

Adding to the excitement of the fans, Superstars Atif Aslam and Aima Baig set the stage of fire with the PSL 7 anthem, ‘Agay Dekh’ before PCB Chairman, Ramiz Raja, and Prime Minister Imran Khan officially started the PSL 7 via a video package.

A firework show concluded the curtain-raiser as the captains stepped out on the field for the toss of the first match of PSL 7.

Let’s re-live the curtain-raiser in pictures: 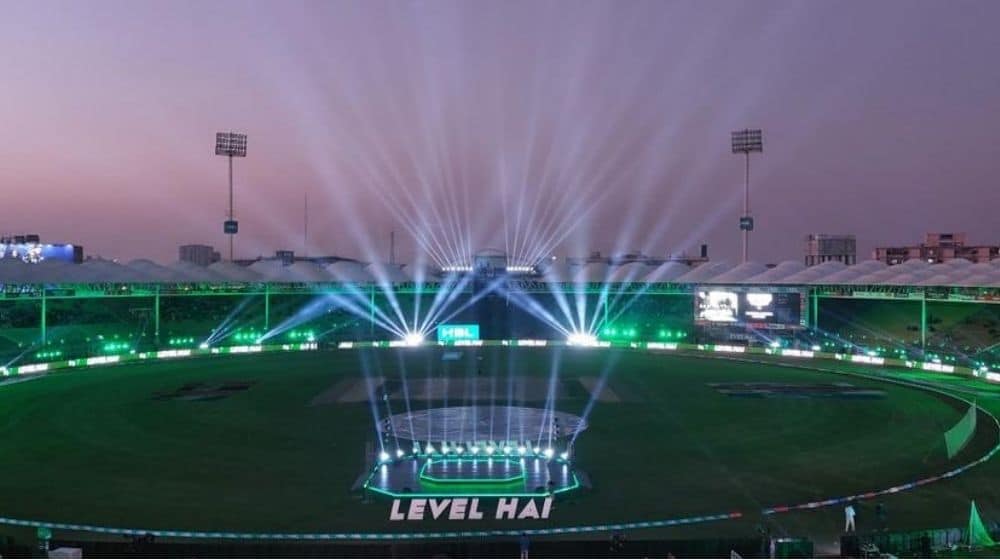 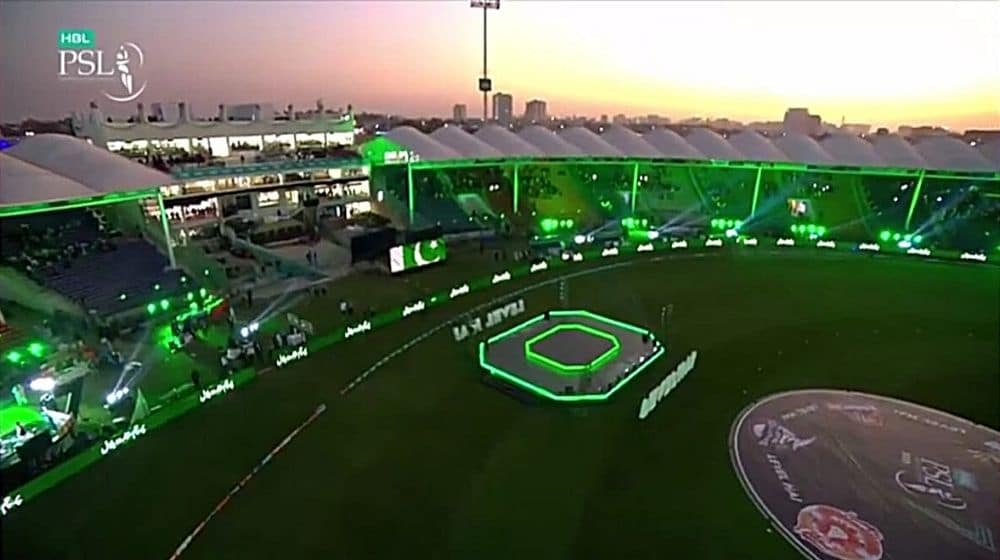 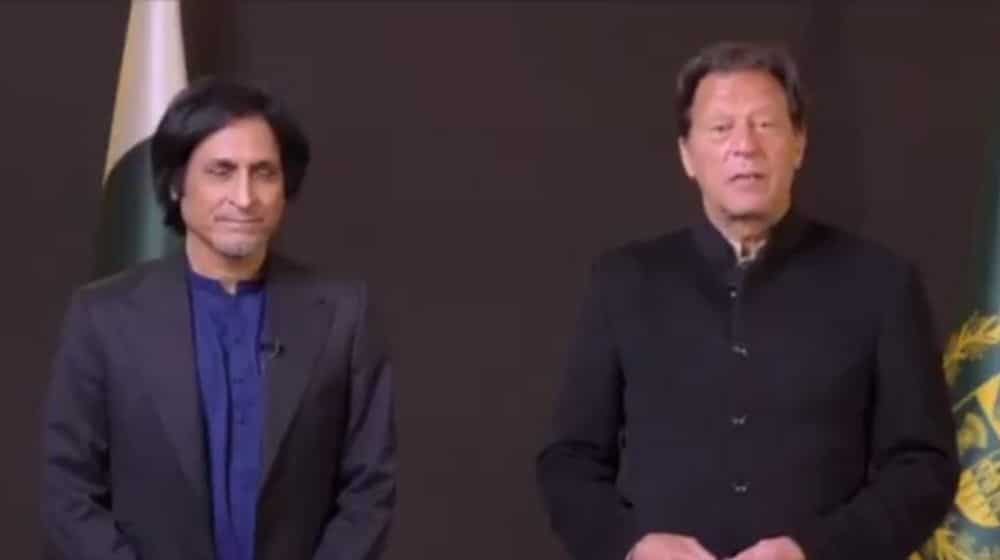 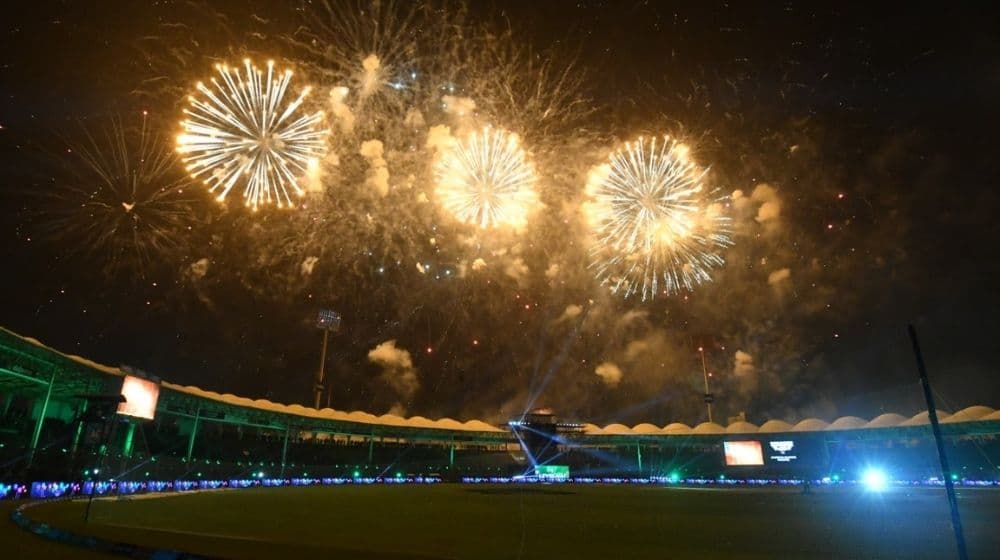 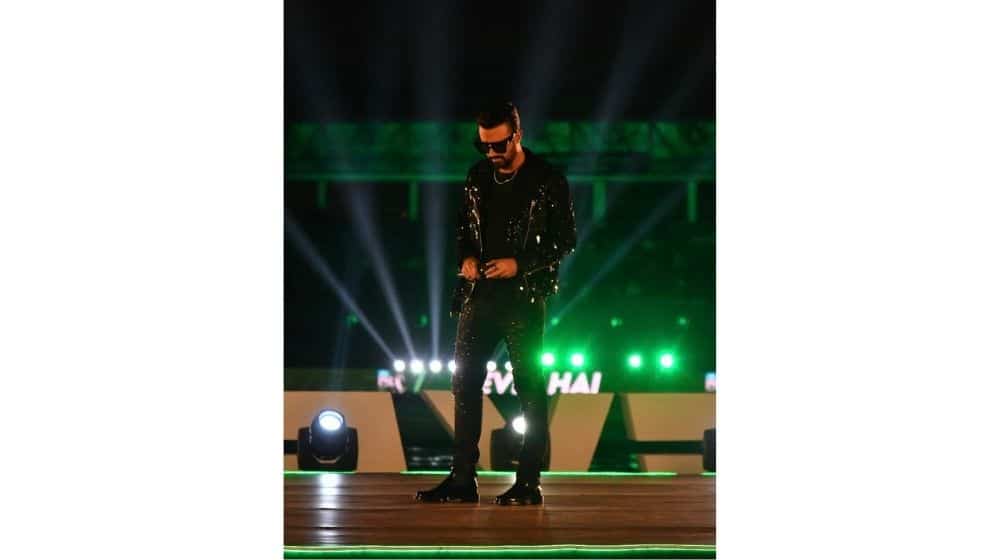 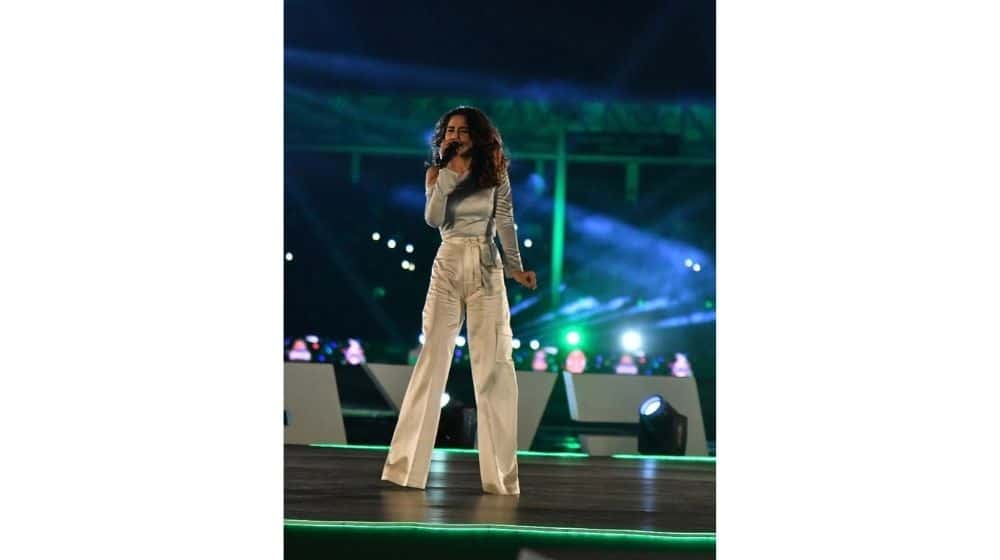 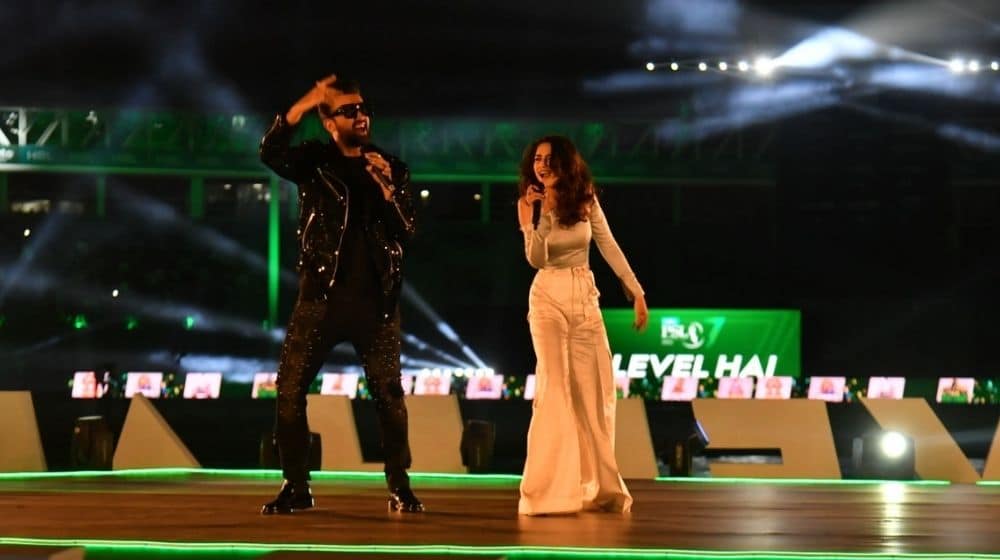