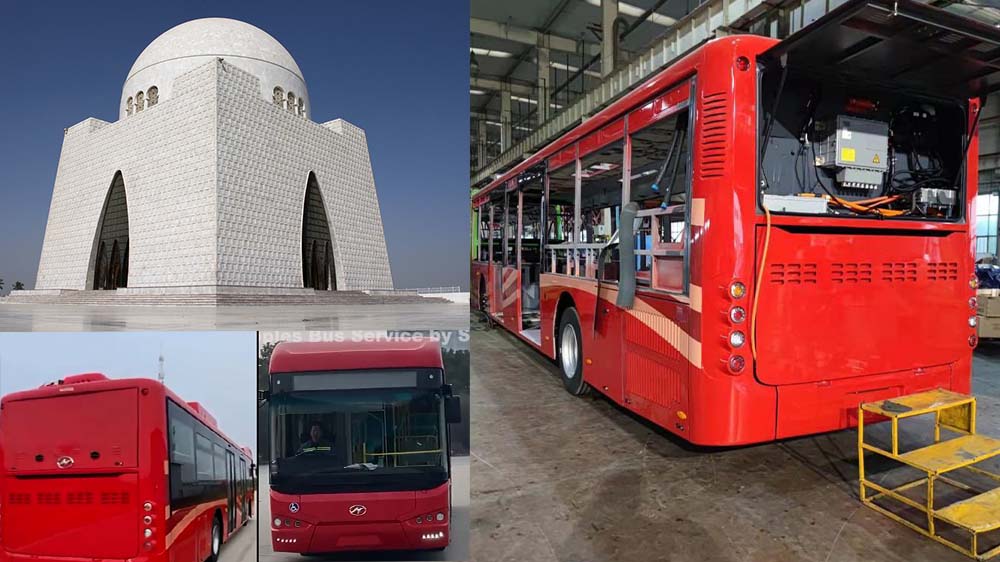 As a happy tiding for the commuters of Karachi, Sindh Minister for Transportation, Awais Shah has disclosed that the first batch of prototype buses for the Sindh government’s Peoples’ Bus Service initiative will soon arrive in Karachi.

A Chinese company, Higer has developed 250 hybrid buses for the People’s Bus Service project in Karachi and other districts of Sindh.

The prototype buses are ready and have been successfully tested. The buses will get delivered in Karachi by next month, according to a tweet from the company.

Hello People of #Sindh, Pakistan.
Higer is proud to announce that prototype bus for #Sindh Government project is ready and successfully tested.
The first batch of the buses will be dispatched after the Spring Festival.
Higer promises the quality to Sindh.
Thank you. pic.twitter.com/ROeIg2vc7J

The Sindh Mass Transit Authority stated in another post that buses for Larkana and Karachi were ready and had been tested successfully.

“The wait is over. The buses for karachi and Larkana are ready & successfully tested. We promise to deliver a first-class transport system for the people of Sindh.”

Previously, Administrator Karachi, Murtaza Wahab also stated that the bus project would be operational shortly to benefit the Karachi residents.

Sindh Transport Minister, Syed Awais Qadir Shah had stated that the National Radio and Telecommunication Corporation (NRTC), a national defense organization, would provide a fresh supply of public transportation vehicles, with the first shipment of 50 buses by the end of January 2022.

A bus terminal will be built at UP Mor on a 6.7-acre patch of land, and in the second phase, 200 buses would ply on six different Karachi routes and one in Larkana, covering a total distance of 10.3 kilometers.

The cabinet had said that these buses would run in Karachi, Mirpur Khas, Sukkur, Larkana, Shaheed Benazirabad, and Hyderabad.