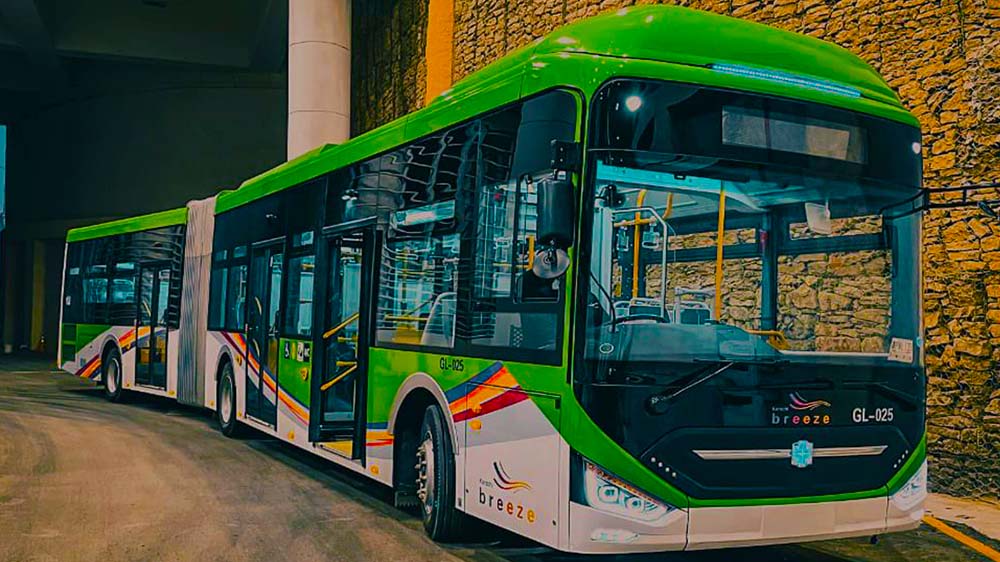 Karachi’s Green Line Bus System has turned out to be very successful as a means of commuting for about 50,000 daily travelers. Many citizens have found it to be a cheaper, more comfortable, and more convenient mode of transportation according to a report by Samaa.

Its underground station at Numaish was packed on Sunday with passengers in long lines at ticket counters and in front of the platform’s glass door.

The 18-meter-long green bus, which is supposed to wait for four minutes at the station, paused beside the glass doors, and its doors and those of the platform opened simultaneously. Passengers boarded the bus and filled it up in under a minute, which prompted the closing of its doors and the commencement of the journey to the next stop.

The joy of passengers was evident when they finally got to use a proper public transportation system.

“We travel outside on qingqi, coaches, and vans, but this [the Green Line] was the best of all. We didn’t feel [bumps due to] potholes. We didn’t feel like we were travelling in the bus,” one remarked.

Another student proudly displayed his bus card and stated that he rides the Green Line bus regularly.

The card costs Rs. 100 and a passenger must have at least Rs. 100 in it. It is appropriate for shorter journeys because travelers pay less compared to a ticket with a flat fee of Rs. 55.

The Green Line’s Project Director, Aftab Alam, claims that 50,000 people use the service on a daily basis. “There is a lack of awareness on how to get a card, and as more people become aware, the number of passengers will go up,” he predicted.

He added that the service has 10 more buses to deal with more passengers and that the number of daily passengers is sure to grow to between 130,000 and 135,000.

On the flip side, many customers still prefer other modes of traditional public transportation besides the Green Line buses that only run until Numaish after which passengers have to take another bus to travel ahead. Some find it costly as it does not cover as many routes as other modes of public transport, which they believe is an unnecessary inconvenience. Others consider Rs. 55 too costly for a ticket as compared to qingqi fare that is the same amount but covers more routes as compared to the green line bus.