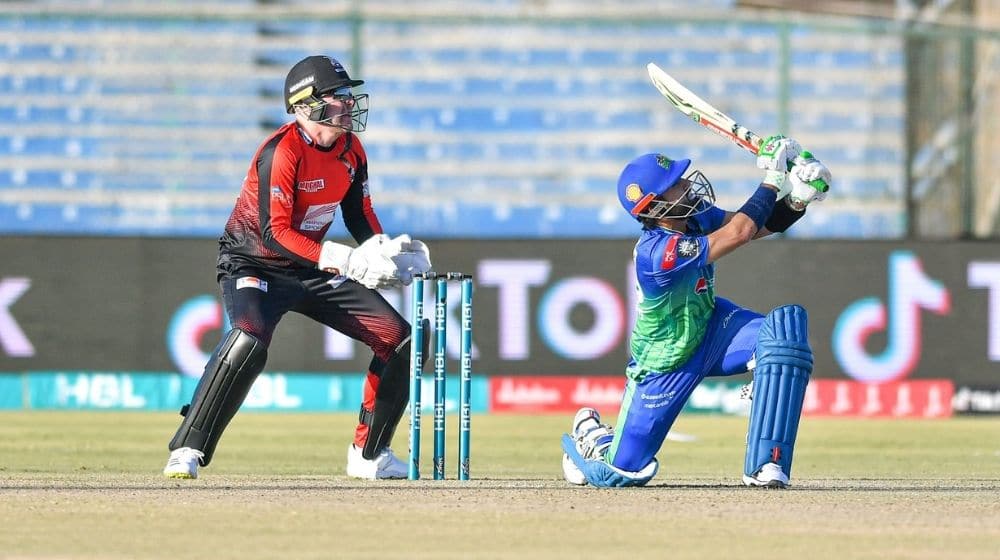 Multan Sultans defeated Lahore Qalandars by 5 wickets in the third match of the Pakistan Super League (PSL) 7. Multan continued their winning run as they chased down a mammoth target of 207 with 5 wickets in hand and 2 balls to spare.

Lahore got off to a flying start as openers Fakhar Zaman and Abdullah Shafique put them in a commanding position before Kamran Ghulam joined Fakhar in the middle and dismantled the Multan bowling unit. A late flurry from Rashid Khan and David Wiese helped Lahore post a huge total of 206/5 on the board.

Multan responded with heavy blows of their own as Mohammad Rizwan and Shan Masood put on a record partnership at the top of the order for Sultans. Shan scored his highest individual score in PSL history before being sent back to the pavilion by Rashid Khan. Ultimately, Multan chased down the target in a nail-biting finish.