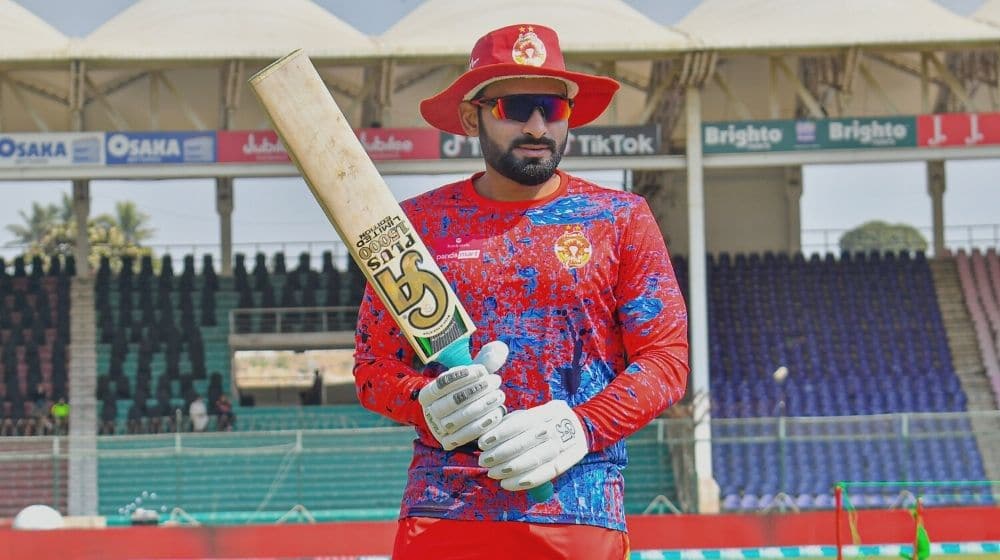 Islamabad United has appointed explosive middle-order batter, Asif Ali as their new vice-captain. Asif was appointed as the vice-captain prior to the start of Islamabad’s match against Multan Sultans in PSL 7 tonight.

The ‘six-hitting machine’ thanked his teammates and the Islamabad United franchise for naming him as the vice-captain of the side. He said that he is excited that the franchise has entrusted him with more responsibility and will give his best in the role.

Islamabad’s captain, Shadab Khan announced Asif as the vice-captain of the side and he handed him his cap during a team meeting prior to the start of the match.

Asif is the longest-serving player in the history of the franchise. He has scored 879 runs at an average of 25.85 and a magnificent strike rate of 164.29 in 56 matches he has played for Islamabad United. He is third on the list of most PSL sixes, having struck 68 sixes in only 46 innings.