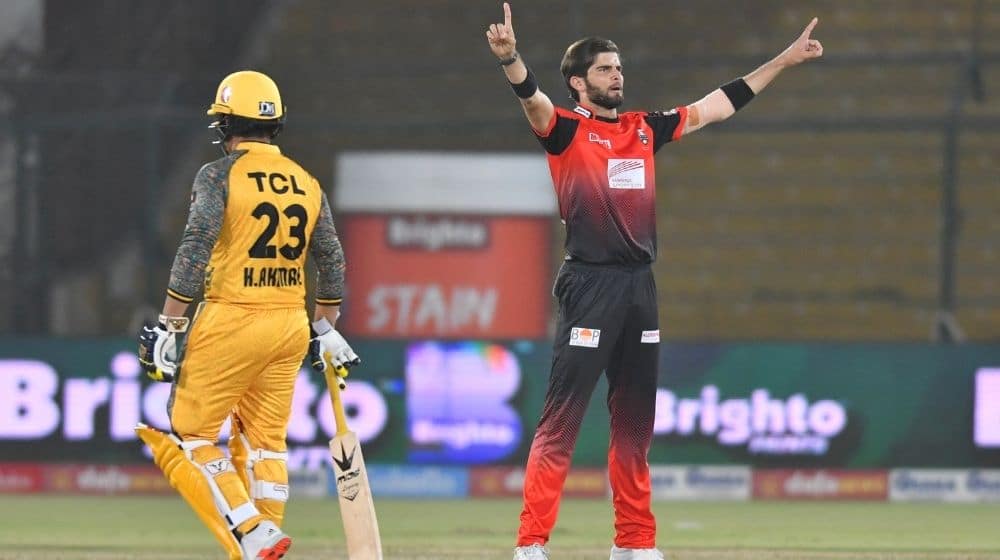 Lahore Qalandars registered their second victory in the Pakistan Super League (PSL) 7 as they defeated Peshawar Zalmi by 29 runs. Lahore climbed to the second spot on the PSL 2022 points table after their brilliant victory while Peshawar stayed at the fifth spot after suffering their second consecutive defeat in the tournament.

Fakhar Zaman continued his rich vein of form as he scored yet another half-century. He was ably supported by Abdullah Shafique who scored 41 runs off 31 balls and some late fireworks from Mohammad Hafeez and Rashid Khan helped them to a challenging total of 199/4.

Peshawar had a torrid start to their innings as they lost Hazratullah Zazai in the first over of the match. Lahore picked wickets at regular intervals with young speedster Zaman Khan picking up 3 crucial wickets. Despite the efforts of Haider Ali, Peshawar Zalmi were defeated convincingly as they could only score 170/9 from the allotted 20 overs.