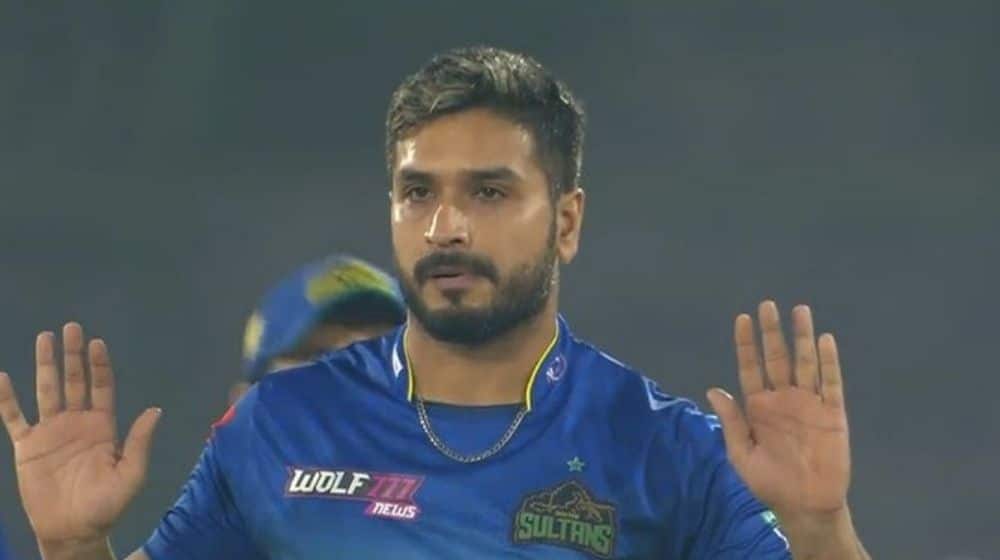 While Pakistan Super League brings Pakistani cricketers eye to eye, it also serves as the backdrop for some of the most heart-warming scenes on the field of cricket. In yesterday’s match between Multan Sultans and Islamabad United, Rumman Raees avoided celebrating the crucial wicket of United’s captain, Shadab Khan out of respect for his previous team.

Rumman Raees was discovered as an emerging talent by Islamabad United in the very first season of the Pakistan Super League. Left-arm pacer continued to play for Islamabad United in every season before sustaining a serious injury during PSL 5. He suffered a major setback due to his injury. However, Islamabad United signed him up as a bowling consultant in PSL 6.

In the seventh edition of the Pakistan Super League, Rumman Raees made a comeback, this time donning Multan Sultans’ jersey.

In the match against his former side, Rumman Raees picked up his first wicket after comeback, that too of the former captain Shadab Khan. The match was in the most crucial stage when Shadab Khan smashed 91 off 42 balls before losing his wicket to the former teammate. Despite the fact that Rumman had caught the big fish, tilting the match completely in Multan Sultans’ favor, the fast bowler did not celebrate the wicket.

Revealing the reason for not expressing his joy, Rumman told that he had already decided not to celebrate his victory against Islamabad United as they had always supported him, especially in the hard times. The left-arm bowler further stated that professionalism requires full devotion towards his new team but he still holds immense respect and emotional attachment with Islamabad United.

Appreciating Rumman Raees, Islamabad United’s owner Ali Naqvi took to his Twitter account and wrote, “Despite the crucial damage you inflicted on Islamabad United yesterday, so happy to see you in action again. Not only a brilliant cricketer, you are gem of a person too. May you achieve great heights and may you be a shining star for your family and your country for many more years.”

Despite the crucial damage you inflicted on #ISLU yesterday, so so happy to see u in action again. Not only a brilliant cricketer, u are gem of a person too. May you achieve greater heights, & may u be a shining star for your family & your country for many more years. #ISLUFamily https://t.co/kNIxrFUY3M