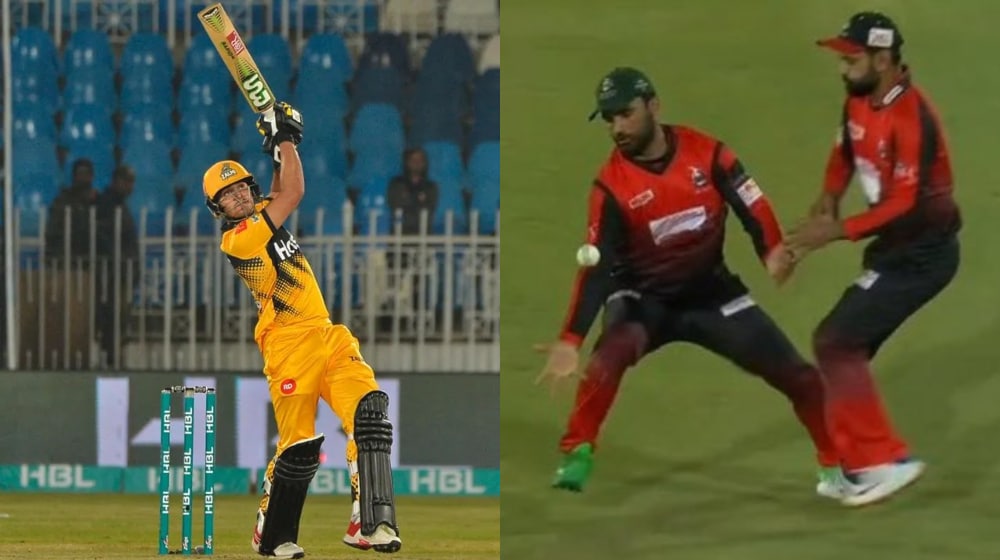 Lahore Qalandars’ star opening batter, Fakhar Zaman has shared an interesting video of him justifying the dropped catch of Peshawar Zalmi’s batter Haider Ali in front of Muhammad Hafeez and other teammates.

According to the details, during the Peshawar Zalmi and Lahore Qalandars match on Wednesday, the legendary all-rounder, Muhammad Hafeez, and Fakhar Zaman put down a simple catch due to miscommunication between them. Despite the dropped catch, Qalandars comfortably beat Zalmi by 29 runs.

Lahore Qalandars currently enjoy the third spot on Pakistan Super League (PSL) points table as they have won two out of three matches. Lahore Qalandars will face Islamabad United on Saturday and will try to further consolidate their position on the points table.

In a viral video, the left-handed batter who is also the leading run-scorer in the ongoing PSL, said, “You [Hafeez] called ‘Yes mine right’? But believe me, I said ‘No it’s mine’ in my mind.”

While commenting on the catch in the video, Hafeez who recently announced his retirement from international cricket, said “He [Fakhar] told me that I said ‘Yes mine!’, but he said ‘No it’s mine!.”

It is pertinent to mention that in Wednesday’s match, Muhammad Hafeez and Fakhar Zaman gave a new life to young Haider by dropping a regulation catch. Haider Ali went for a big shot but the ball was not properly timed and it went in the air. Both Hafeez and Zaman came together to catch it but they collided and the ball hit Fakhar’s hand and fell on the ground.

After claiming the victory, the stylish left-hander also changed his profile picture on Twitter to the one that shows both him and Hafeez dropping the catch.