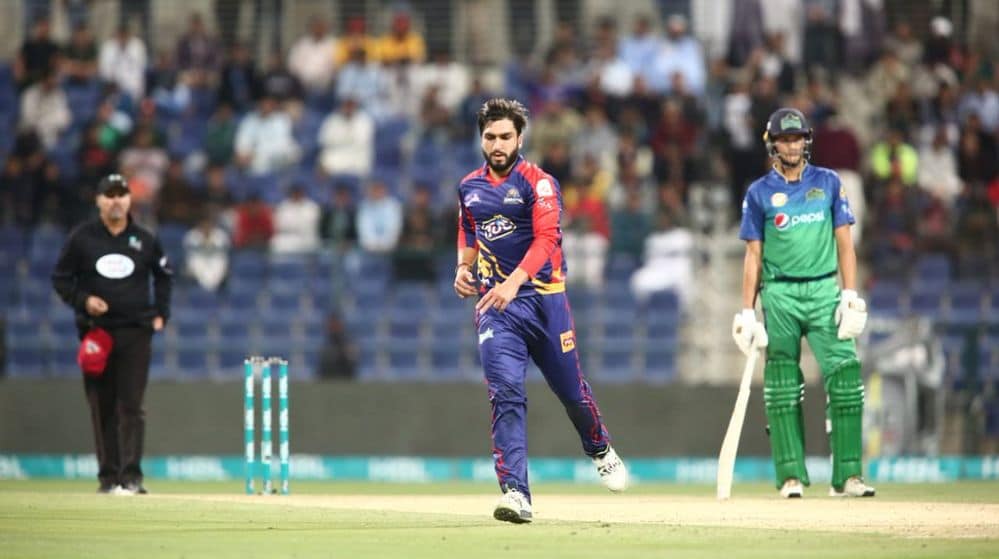 “Usman Shinwari has been activated from the reserve pool of players for the Karachi Kings and will be available for selection in tonight’s match if the team wants to include him in the playing XI,” the franchise said in a statement.

“The team had requested PSL Player Management for the replacement and the request was approved earlier today,” it added.

The 22-year-old Ilyas was ruled out for the remainder of PSL 7 after receiving a shoulder injury in the match against Lahore Qalandars on 30 January. Despite the injury, the fast bowler returned to the field after receiving initial treatment and bowled his remaining two overs.

Meanwhile, Karachi’s ace fast bowler, Mohammad Amir, has also been ruled out of the tournament. While Ilyas featured in the first three games for Karachi, Amir has been sidelined without playing a single PSL 7 match.

“Mohammad Amir, who was nursing a side strain for the past week or so, has aggravated his back injury during the rehabilitation process and shall also no longer be available to participate in the remainder of the season,” a franchise statement said. His replacement will be announced in due course.