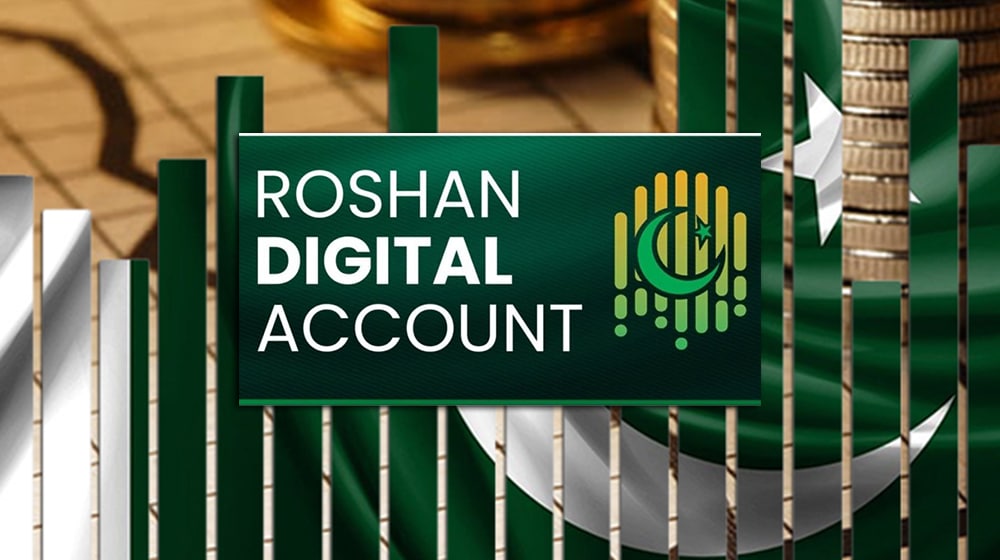 Foreign exchange inflows through the Roshan Digital Accounts (RDAs) were recorded at a total of $3.38 billion by the end of January, according to data released by the State Bank of Pakistan (SBP). 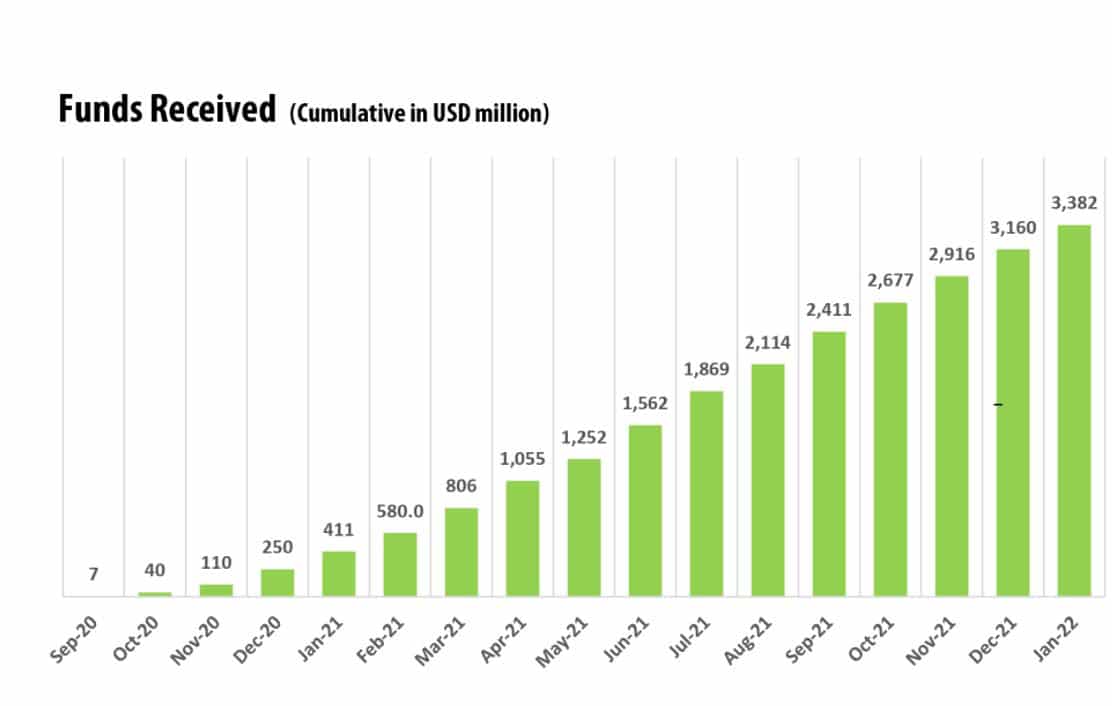 The country registered inflows of $222 million in January 2022, as compared to $244 million in December 2021, which depicts a month-on-month decrease of nine percent.

According to the official numbers, 342,611 RDAs have been opened since they were launched, representing a 6.24 percent increase on a monthly basis. The monthly inflows through the RDAs were $222 million, which is a $22 million dip in inflows from $244 million in December 2021. 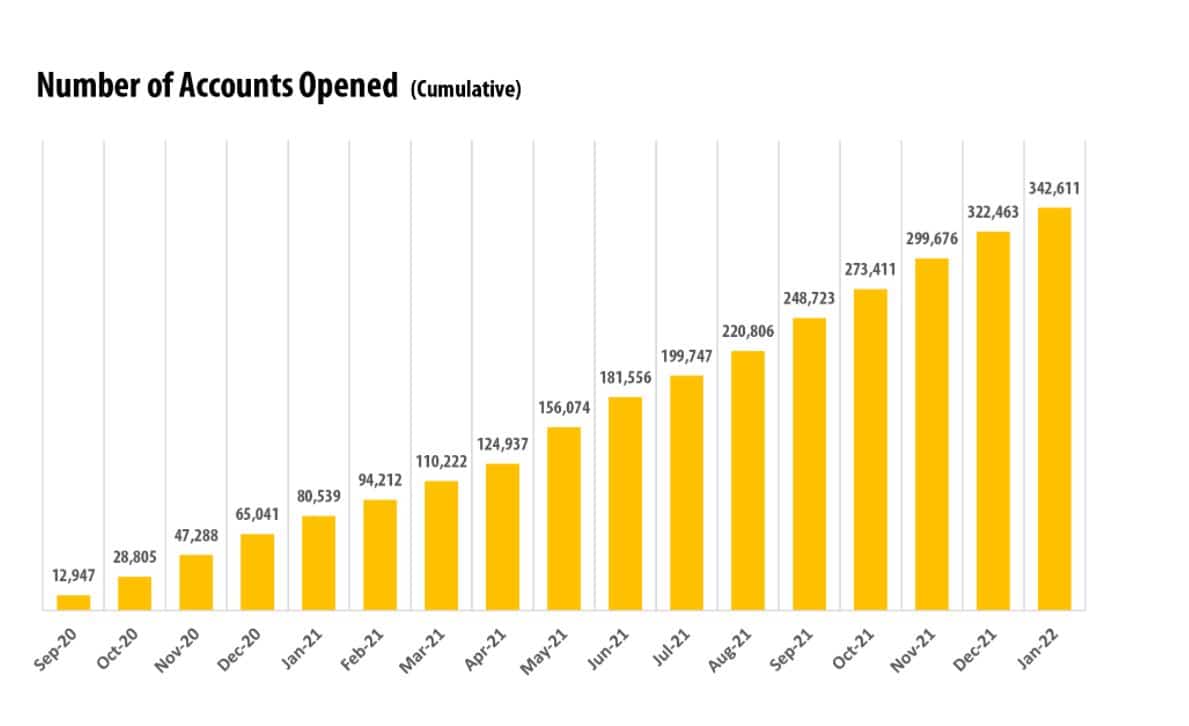 Moreover, the total investments made through the RDA inflows totaled $2.4 billion for the period September 2020 to January 2022. So far, conventional Naya Pakistan Certificates (NPCs) have received $1.278 billion, whereas Islamic NPCs collected $1,041 million. Meanwhile, the RDAs deposited $34 million in the Pakistan Stock Exchange.

Ultimately, the steady positive trend in the RDA inflows may help Pakistan fend off inflationary pressures.

The Governor of the State Bank of Pakistan, Dr. Reza Baqir, expressed his gratitude to the Pakistani diaspora in the Kingdom of Saudi Arabia (KSA) for their tremendous support of the State Bank’s Roshan Digital Account initiative.

He stated that Roshan Digital Account (RDA) has proved to be a great success among the Pakistani community in KSA, who have opened the highest number of RDA accounts and sent the second-highest amount of deposits among the 175 countries from which Overseas Pakistanis have participated in RDA. He was speaking at an interactive session entitled ‘Roshan Digital Account – an initiative of State Bank of Pakistan’ organized by the Embassy of Pakistan in Riyadh recently.

The event was attended by a large number of Pakistanis residing in the Kingdom, various KSA-based Pakistani associations, senior State Bank of Pakistan (SBP) management, and officials from the Embassy of Pakistan.

Dr. Reza Baqir informed the audience that since the launch of the scheme last September, 345,570 Roshan Digital Accounts have been opened by Overseas Pakistanis and $3.44 billion has been deposited into these accounts.

He also shared the key highlights of the country’s economy with the audience. He specifically highlighted three points that should give confidence to Overseas Pakistanis about Pakistan’s economic outlook: first, the successful containment of multiple waves of the Covid pandemic; second, the preservation of Pakistan’s macroeconomic fundamentals through the Covid shock, including a reduction in the public debt to GDP ratio and a more than doubling of the country’s foreign exchange reserves; and, third, the economy during Covid.

Terming Covid the biggest catastrophe for the world after World War II, Dr. Baqir noted that with its high population density and under-developed health care system, Pakistan could have been very badly affected by the pandemic. He, however, lauded the professional approach adopted by the government, including NCOC, to rein in the multiple waves of the Covid pandemic with a much lower loss of human life than in other countries. He especially highlighted the critical role played by the Ehsaas cash transfer program, which has been globally recognized for its unprecedented coverage of the vulnerable population.

Highlighting the role of the SBP in helping the economy manage the fall-out from this global catastrophe, he said that a number of historic measures were rolled out in record time, providing relief to households and companies during Covid equivalent to around 5 percent of GDP. As a result, Pakistan’s economy only shrank by 1 percent in 2020, a much better outcome than in most of the rest of the world.

Discussing the economic outlook, he termed inflation and managing the current account deficit as two big challenges and expressed confidence that the country would bravely weather the aforesaid challenges in the future, as a result of the forceful and timely actions to moderate domestic demand taken by the government and the State Bank of Pakistan in the last few months.

The Ambassador of Pakistan to KSA, His Excellency Lt. Gen (Rtd) Bilal Akbar welcomed the Governor to Riyadh. He said that despite the challenges posed by the Covid pandemic, remittances from KSA to Pakistan and trade and economic relations between Pakistan and the Kingdom are witnessing an upward trajectory.

He appreciated the initiative of RDA and expressed faith that it will not only help Overseas Pakistanis in channeling their income to secure investments but will also provide much-needed financial independence to their families in Pakistan.

Earlier, Executive Director, Banking Policy and Regulation Group of the State Bank of Pakistan, Arshad Mehmood Bhatti gave a detailed presentation on Roshan Digital Account and its allied products, including Naya Pakistan Certificates, Roshan Apni Car, and Roshan Samaaji Khidmat. He highlighted the newest product made available through RDA, Roshan Apna Ghar which provides Overseas Pakistanis a very convenient means of buying property in Pakistan through bank financing or their own funds.

Representatives of the Pakistani community living in the Kingdom took a keen interest in the RDA and participated enthusiastically in the session.