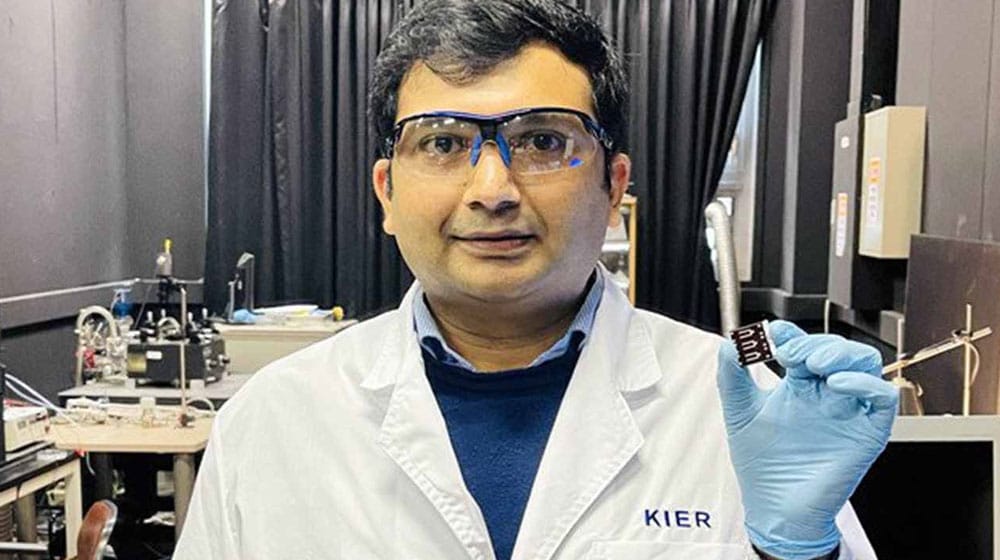 A Pakistani scientist based in South Korea has developed solar cell technology, setting two world records of efficiency, in the laboratory.

According to a study published in Royal Society of Chemistry, a team led by Yasir Siddique, a PhD scholar at the Korea Institute of Energy Research (KIER) and Daejeon University of Science and Technology (UST), has developed solution-processed cells called Copper Indium Sulfo Selenide (CISSe), which will help get clean energy programs to counter climate change.

“The stable solution-processed device works perfectly as a single cell but it could also be linked with other thin-film solar cell materials with sufficient bandgap as the top cell. The bandgap is the amount of energy required to liberate an electron from a semiconductor; the smaller the bandgap, the more electricity is produced,” Yasir said while speaking to Express Tribune.

The tandem cell developed by Pakistani scientists is said to be the most effective invention in the field of solar energy.

Yasir and his team tirelessly worked for around three years to develop the revolutionary cell.

“The CISSe-only cell allows the efficiency of 14.4 percent. It reaches 23.03 percent efficiency when paired with the prosciutto mineral, which is a new record for the CISSE solar cell made by the solution process,” he told the publication.