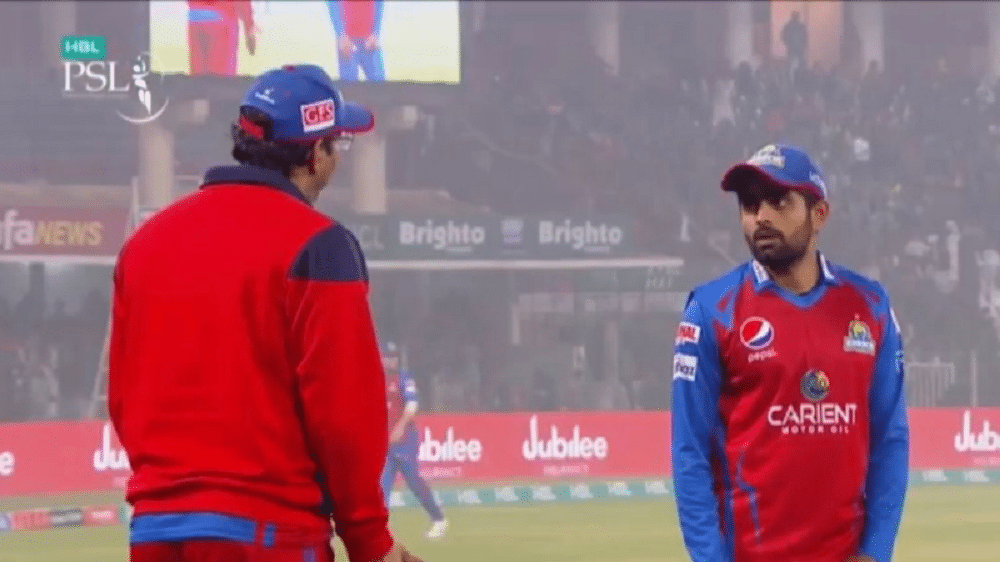 Everything went wrong for Karachi Kings during the 19th over while defending a total of 175 runs against Multan Sultans last night as they lost eight consecutive match in Pakistan Super League (PSL) 2022.

Kings eyed their first PSL 7 victory as Sultans needed 29 in the last two overs when skipper Babar Azam gave the ball to pacer Chris Jordan who got hit for 20 runs in the penultimate over.

While the entire management of Kings was shocked, their President and Pakistan legend, Wasim Akram, appeared visibly angry and lashed out at Babar Azam for his on-pitch decisions.

The spectacle was televised live and it did not sit well with millions of Babar Azam’s fans who have demanded Wasim Akram to apologize to the national team captain for his over-the-top reaction.

Here are the top reactions to the incident.

Was Wasim Akram going harsh on Babar Azam on the boundary line?If so then it's totally wrong!You can't do that to captain of national team. Did Babar chose squad of Karachi Kings?It is only Babar who's performing for KK. Babar at the receiving end of anger is unjustified!#HBLPSL7 pic.twitter.com/QEHJmU8YS8

Really disappointed to see All Format Captain of Pakistan @babarazam258 is being treated like this by Wasim Akram. He is our hero and world’s best player, win and lose is part of game but you cannot scold him like this!#KKvMS #BabarAzam pic.twitter.com/IUZppN025G

Wasim Akram ain't happy with Babar and Jordan. Dude it's your fault mainly for selecting such a shit team.

Meanwhile, sources within Karachi Kings’ dressing room have claimed that Wasim Akram only asked Babar Azam to explain why didn’t the bowlers bowl yorkers or slower ones to defend the target in the last two overs.

If this was the case, Wasim could’ve waited for a few more moments to ask this question in the dressing room instead of the boundary line, which gave off an impression that the former Pakistan captain scolded the incumbent captain.

Do you think Wasim Akram’s reaction was justified? Let us know in the comments.