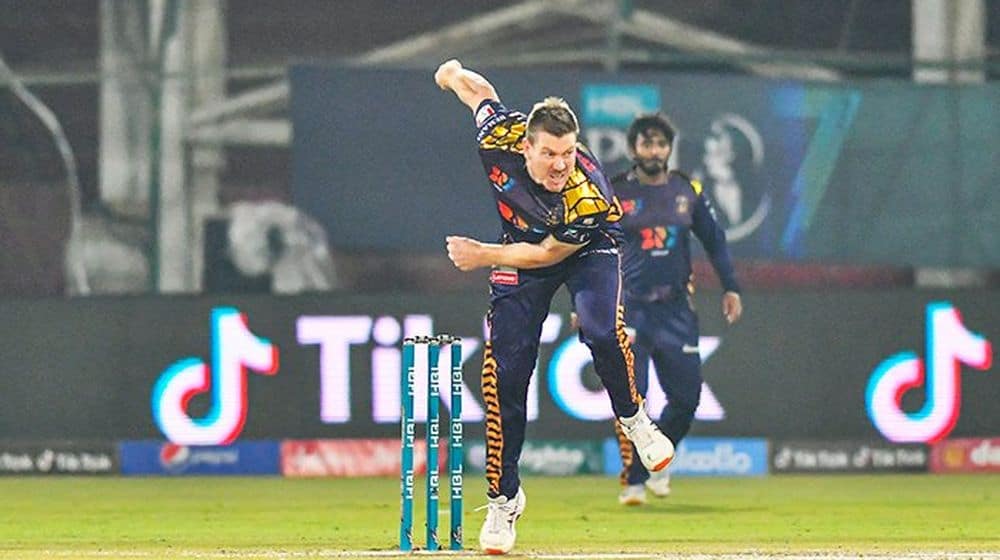 Quetta Gladiators’ left-arm seamer, James Faulkner has pulled out of the ongoing Pakistan Super League (PSL) 7 midway through the tournament after accusing the Pakistan Cricket Board (PCB) of not releasing his payments.

Faulkner took to Twitter to lash out at the PCB for not honoring the agreement.

Faulkner tweeted, “Unfortunately I have had to withdraw from the last two games and leave the PSL due to PCB not honoring my contractual agreement/payments. I have been here the whole duration and they have continued to lie to me.”

1/2
I apologise to the Pakistan cricket fans.
But unfortunately I’ve had to withdraw from the last 2 matches and leave the @thePSLt20 due to the @TheRealPCB not honouring my contractual agreement/payments.
I’ve been here the whole duration and they have continued to lie to me.

Faulkner added that he wanted to honor the agreement and play his part in bringing cricket back to the country but he was unable to continue playing after a ‘disgraceful’ behavior by the PCB.

2/2
It hurts to leave as I wanted to help to get international cricket back in Pakistan as there is so much young talent and the fans are amazing.
But the treatment I have received has been a disgrace from the @TheRealPCB and @thePSLt20

I’m sure you all understand my position.

The basis of Faulkner’s accusations does not seem to hold true as this is the first instance that a player or an official has complained about PCB not releasing the payments. According to sources, every player participating in the league has received 70% of their payment already while 30% of the payment will be released after the conclusion of the tournament.

Sources further revealed that Faulkner misbehaved with the hotel staff and also broke the chandelier of the hotel with his helmet. It is reported that the PCB decided to request him to leave the tournament rather than Faulkner leaving on his own.