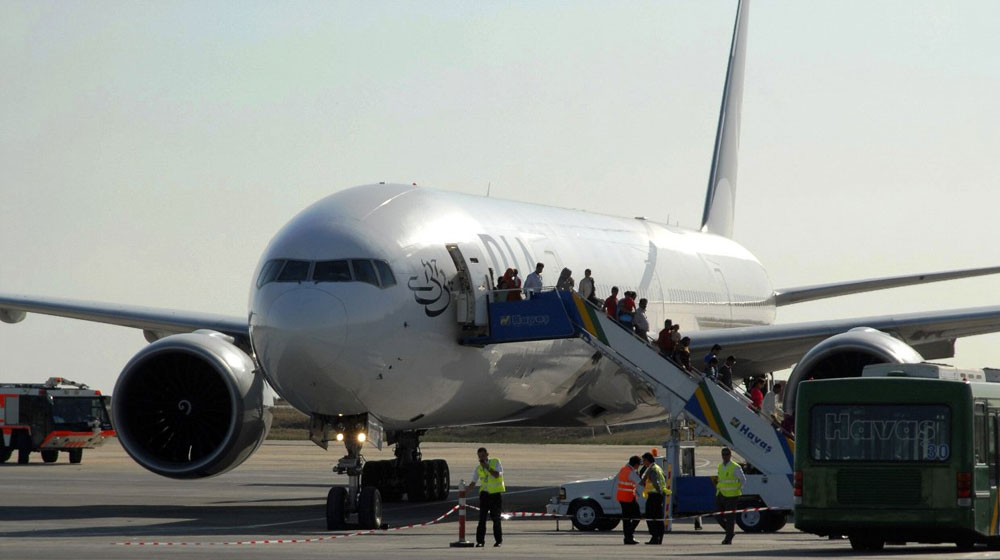 According to details, the PIA flight PK-306 was taxiing on the runway when the passengers complained about the smoke emanating from the air conditioning ducts of the aircraft.

The flight crew immediately responded to the complaints of the passengers and started to offload them keeping their safety in mind. Once the issue got rectified, 64 out of 328 passengers refused to board the same plane, who were accommodated on a different Lahore-bound flight.

Here is the video.

Speaking in this regard, PIA’s spokesman, Abdullah Hafeez Khan, apologized to the passengers for the inconvenience and lauded the crew of flight PK-306 for safely evacuating the passengers.

The plane was brought back to the terminal after all passengers disembarked. The PIA engineers gave the aircraft a go-ahead after sorting out the fault.

He said that the smoke was caused due to a “minor technical fault” in the air conditioning duct of the aircraft, adding that the passengers’ safety is the top priority of the national flag carrier.