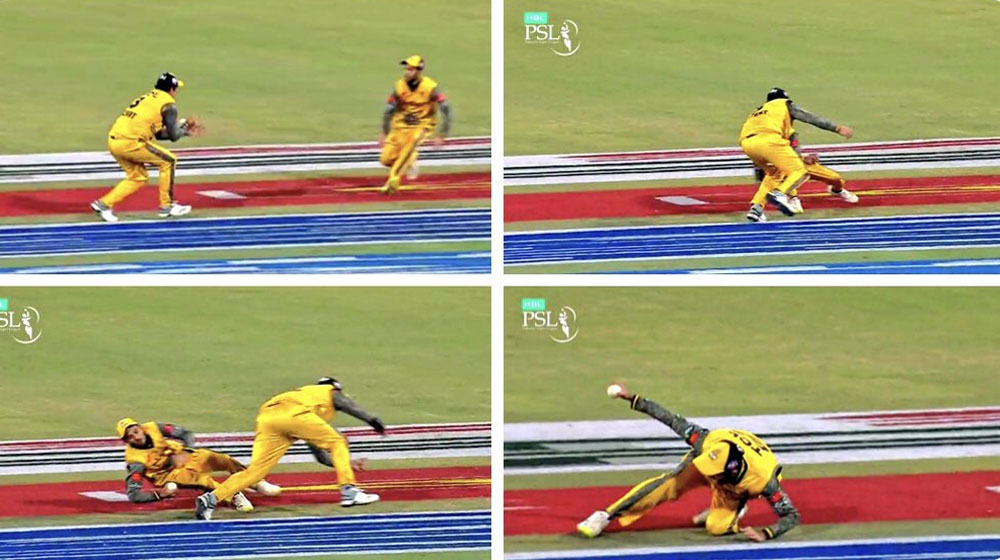 With the playoff lineup already finalized, the game was a dead rubber and had played out so until the 20-year-old swung into action. He grabbed a one-handed blinder to dismiss Lahore batter, Kamran Ghulam.

It all happened on the third delivery of the 6th over during Lahore’s chase of the 159-run target.

Right-arm pacer, Arshad Iqbal bowled a short delivery outside off-stump to Kamran Ghulam, which took his bat’s top-edge, and the ball went high into the sky.

Hazratullah Zazai went for the catch, only to fumble the ball twice. Slipping from his grab, the ball was about to touch the ground when Haris, converging from the square-leg fence, attempted an outstretched dive forward to take the one-handed catch just millimeters above the ground.

Take a look at the catch:

Unable to judge from the naked eye, the on-field umpires referred the matter upstairs, where the Third Umpire confirmed that it was a clean catch after just one replay.

ALSO READ
Official: Here are the Fixtures for PSL 7 Playoffs

The catch, arguably the best of the season, sent social media into a frenzy. Here are some of the top reactions to Mohammad Haris’ super catch:

The best catch I've seen in a long time. The awareness, the commitment and the reflexes on this make is really special. Mohammad Haris continues to impress… #HBLPSL7 #LevelHaipic.twitter.com/g0C0AwD2vY

Google aka Mohammad Haris, when asked to define what is a miracle man, what does he do? 👇pic.twitter.com/NSaqu2ggMg

The catch even earned praise from cricket fans across the border:

That rebound/relay catch by Mohammad Haris after Zazai fumbled it is one of the best you will see. One replay won't do. Phew! #PSL