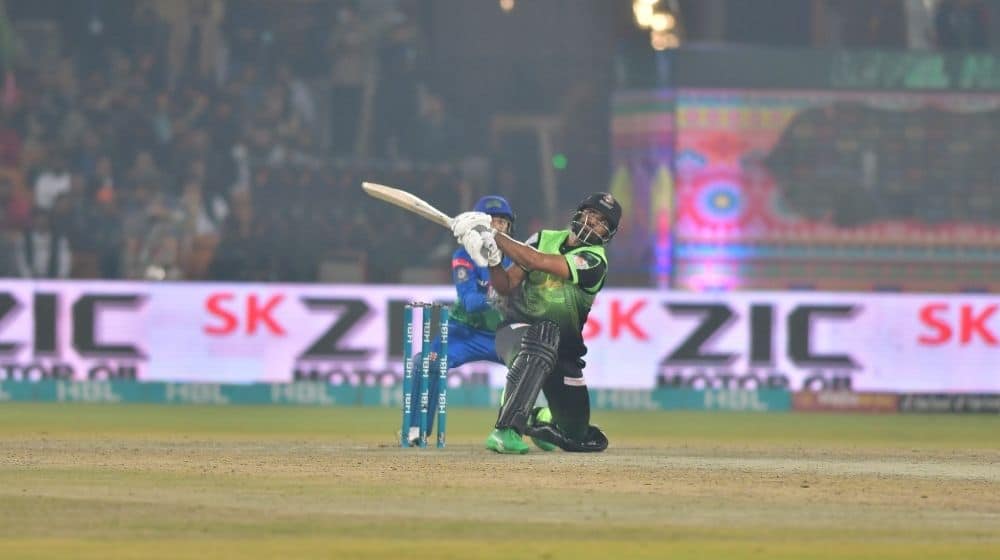 Multan Sultans made it to their second consecutive PSL final as they defeated Lahore Qalandars in the qualifier by 28 runs. Meanwhile, Lahore will get another shot to make it to the final as they will face the winner of 1st eliminator between Islamabad and Peshawar in the second eliminator.

Multan were asked to bat first by Lahore and it looked like a smart decision in the early phase of the innings. Mohammad Rizwan was not at his usual best as he struggled to score at a high rate on a sluggish pitch. He did manage to score yet another half-century and a blitz from Rilee Rossouw who also scored a half-century helped Multan to a competitive total of 163/2.

Lahore too got off to a poor start as they lost wickets early on in the innings. Lahore’s hopes were pinned on Fakhar Zaman who took on the charge against Imran Tahir and scored his eighth half-century of the campaign. Multan struck back and took back to back wickets to dent Lahore’s run-chase. Lahore ultimately could only manage 135/9 as Multan registered the victory.

Shahnawaz Dahani was named as the player of the match for his brilliant spell. He finished with figures of 3/19 in his 4 overs as he bamboozled Lahore’s batting unit.

Lahore Qalandars will face-off against Multan Sultans in the qualifier of Pakistan Super League (PSL) 7. The two teams will battle it out against each other at the Gaddafi Stadium, Lahore at 7:30 pm PKT on Wednesday, 23 February.

Lahore Qalandars and Multan Sultans will battle it out for the spot in the final of PSL 7 as they come face to face in front of a jam-packed crowd at Gaddafi Stadium Lahore. Both teams have been in sublime form throughout the tournament and will be determined to make it to the final.

Multan Sultans have been the best team in the tournament so far. They created history as they became the first side in the tournament’s history to register nine wins in the group stages of the tournament. Their only defeat so far in the season has come at the hands of tonight’s opponents, Lahore Qalandars.

Multan will be looking to continue their good work in the tournament and make it to their second consecutive PSL final.

Lahore, on the other hand, will be disappointed after their Super Over loss to Peshawar Zalmi in their previous outing. They will be determined to bounce back quickly and make it to their second PSL final. With the support of the crowd behind them, Lahore will enter the match as strong favorites.

Both the teams are likely to make changes to their line-up. Lahore are likely to include Abdullah Shafique instead of Sohail Akhtar while Multan will be forced to make a change as Tim David is ruled out due to COVID-19. Sohaib Maqsood, Johnson Charles, and Abbas Afridi are likely to be included instead of Tim David, Amir Azmat, and Rumman Raees,

Overall, the two teams have come face to face 11 times in the tournament. Sultans have an upper hand with 6 wins while Qalandars have won 5. They last faced each other in PSL 7 on 11 February 2022 at National Stadium Karachi which Lahore won by 52 runs.

Shaheen Afridi is one of the best fast bowlers around the world. Lahore will be hoping that Shaheen is at his best and can provide them with early breakthroughs to get rid of Multan’s solid top order.

Mohammad Rizwan has been immaculate in the tournament so far. Multan will be hoping that he continues his supreme run of form and can play another match-winning knock to guide them into the final.