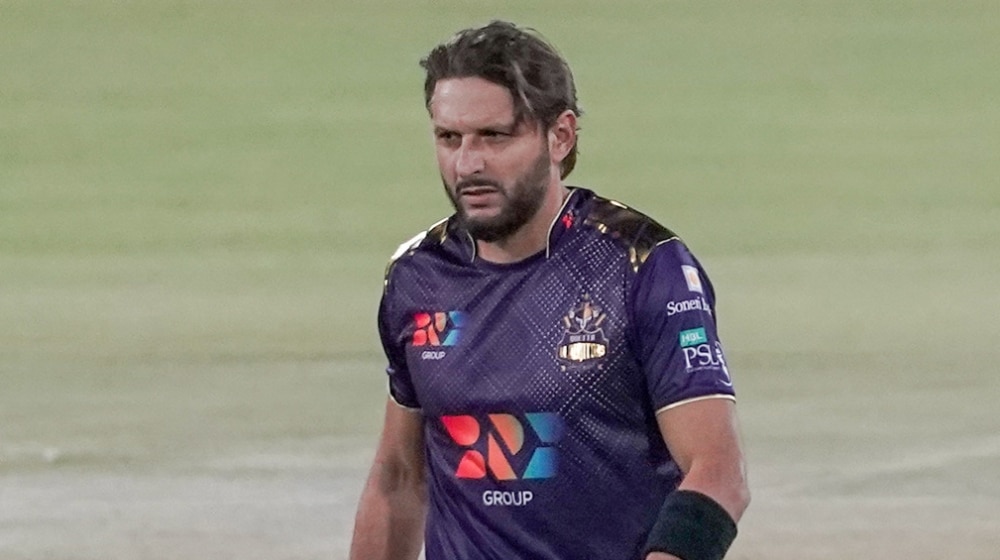 Lahore Qalandars pacer, Haris Rauf was in the headlines after he lost his cool and slapped his teammate, Kamran Ghulam while celebrating his wicket of Peshawar Zalmi opener, Muhammad Haris. Although, the pacer escaped any penalty but was widely criticized for his inappropriate behavior on the field.

Former Pakistan skipper, Shahid Afridi while commenting on the incident, said that the team management should have taken the issue instead of defending the inappropriate behavior of the Lahore Qalandars bowler. The veteran all-rounder warned the young pacer to keep himself away from such incidents.

The former cricketer, who represented Quetta Gladiators in the ongoing PSL edition, said that he personally met with Haris on several occasions, and no doubt he is a simple man but everyone knows how aggressively he plays on the field.

The former all-rounder said that it was not a good way to behave while playing at the national level. Pakistan Super League is a global event and such incidents can tarnish the league’s reputation.

Afridi further said that the players should learn from these incidents and should remain calm no matter what. He said that fast bowlers should work on their temperament off the field.

It is to mention here that during Peshawar Zalmi and Lahore Qalandars match, Kamran Ghulam dropped a simple catch of Zalmi opener Hazratullah Zazai on Haris Rauf’s ball. When the pacer took the wicket of Muhammad Haris later in the match, Rauf slapped Ghulam while celebrating his wicket.