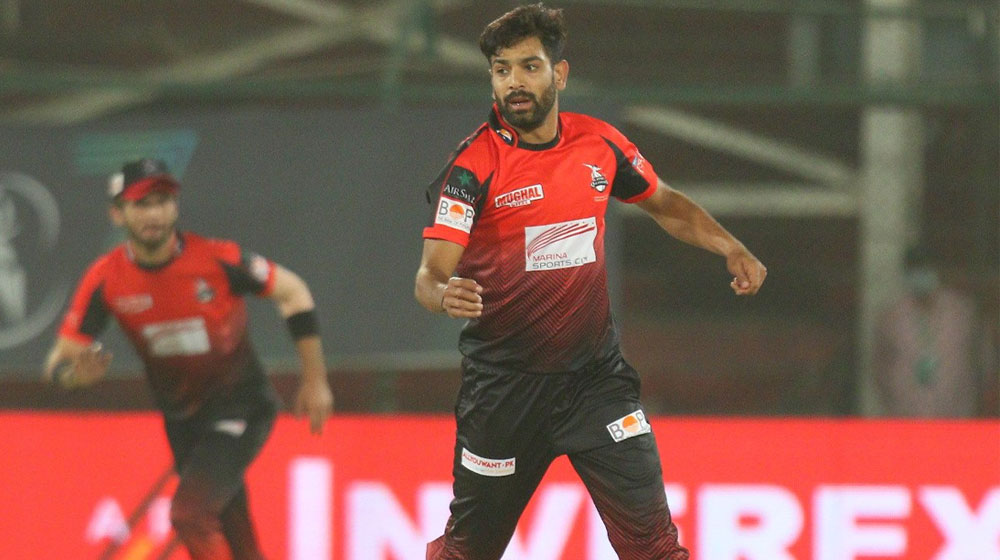 Lahore Qalandars pacer, Haris Rauf had come under scrutiny for slapping his teammate, Kamran Ghulam, after picking up the wicket of Muhammad Haris. Kamran Ghulam had dropped an easy catch of Peshawar Zalmi opener, Hazratullah Zazai, during the Pakistan Super League match, on Haris Rauf’s ball.

Peshawar Zalmi won the match after a thrilling super over but it was expected that the fast bowler could face the consequences for his inappropriate behavior on the field. Haris Rauf’s behavior was widely criticized as any misfield by any player does not warrant a reaction which Haris showed.

It has now come to light that the incident was not reported by field umpires to the match referee. Although the matter was serious and is against sportsman spirit. Sources privy to the situation said that the teammates took the matter lightly and it was sorted out between the two.

According to the details, the match referee, Ali Naqvi called the right arm pacer and warned him to keep himself away from such incidents in the future. The referee also reiterated that a matter like this can tarnish the sanctity of sportsmanship. The referee closed the matter after giving a warning to Haris Rauf.