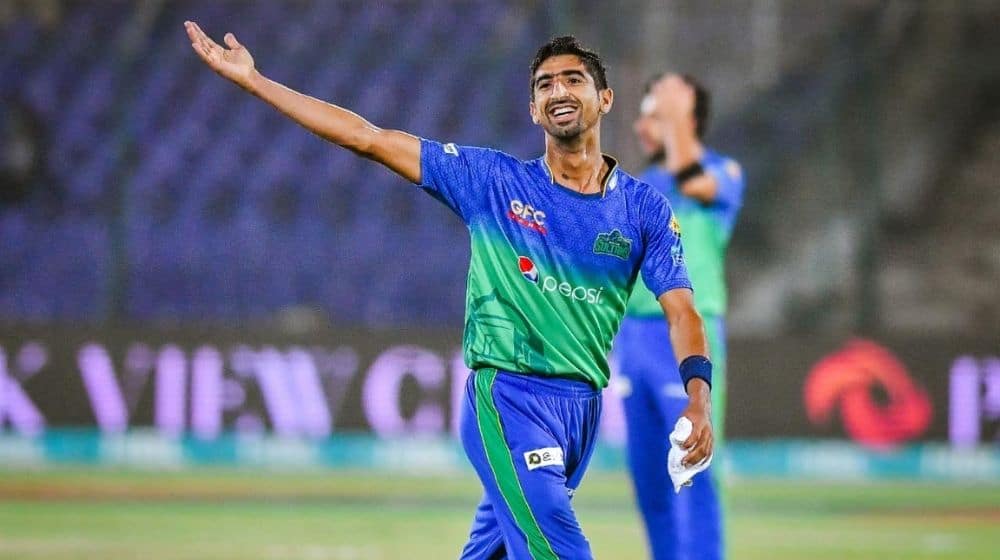 Many people cannot relate a sport to emotions, believing it to be nothing more than a game. However, for those who live and breathe the game, it is much more than that. The emotions displayed by cricketers on the field reflect the situation in which they find themselves.

Some people are adept at concealing their emotions, while others wear their hearts on their sleeves and Pakistan pacer, Shahnawaz Dahani is among those who follow the latter. Since his debut, the right-arm pacer has adopted many celebration styles but Shahid Afridi thinks that the fast bowler is slightly over with his latest celebration.

Former Pakistan captain, Shahid Afridi, while speaking on Samaa TV’s show Game Set Match, said that the Multan Sultans pacer should focus on his performance. Afridi said that he had discussed this with Mushtaq Ahmed when he was part of Multan Sultans last year that Dahani’s cricket required more focus.

“I think he is slightly over with his celebration. I have been associated with Multan Sultans in the past and also talked to Mushi [Muhstaq Ahmed] bhai about it so that his focus remains on cricket,” said Afridi.

The hard-hitter batter is of the opinion that celebration is part of the game but it only looks good when you are delivering your best performance. Afridi also said that Pakistan has lost so many talented players because their focus was not cricket but they had entered the TikTok world.

“I think it’s in his mind that he will celebrate in this manner, like going towards the crowd, but these things only look good when you are performing well and have achieved your dreams. A lot of our talent gets wasted because our youngsters go in the world of TikTok,” he added.

Shahid Afridi further said that the recent performance of Dahani is not impressive as he took 13 wickets in nine matches at an economy rate of 9.75 during PSL7,  and Dahani has to improve his performance on the field. “I’m not impressed with his performance, especially how he started but I’m hopeful that he will do well in the future as I have high expectations from him,” he said.