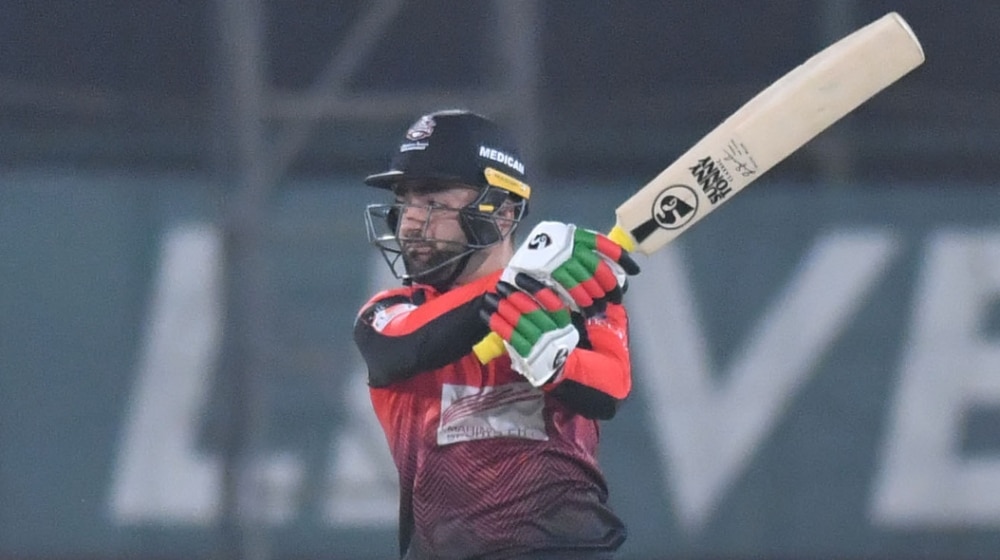 After proving his excellence in the art of leg-spin, Rashid Khan has now set his eyes on becoming a stylish batsman. Sharing the glimpse of his recent cover drive, Afghan star asked Babar Azam and Virat Kohli for the remarks.

Taking to his Twitter account, Rashid Khan shared the video of a classy shot from the recent match against Bangladesh. The star cricketer asked the ‘Kings’ of cover drives, Babar Azam and Virat Kohli, to rate his cover drive.

Cricket fans are always seen debating about who plays better cover drive among Babar Azam and Virat Kohli. However, it seems like the two greats have found another competitor in the face of Rashid Khan.

Rashid Khan featured in PSL 7 for Lahore Qalandars, but he could not play for his team in the final stages of the tournament due to national duties.