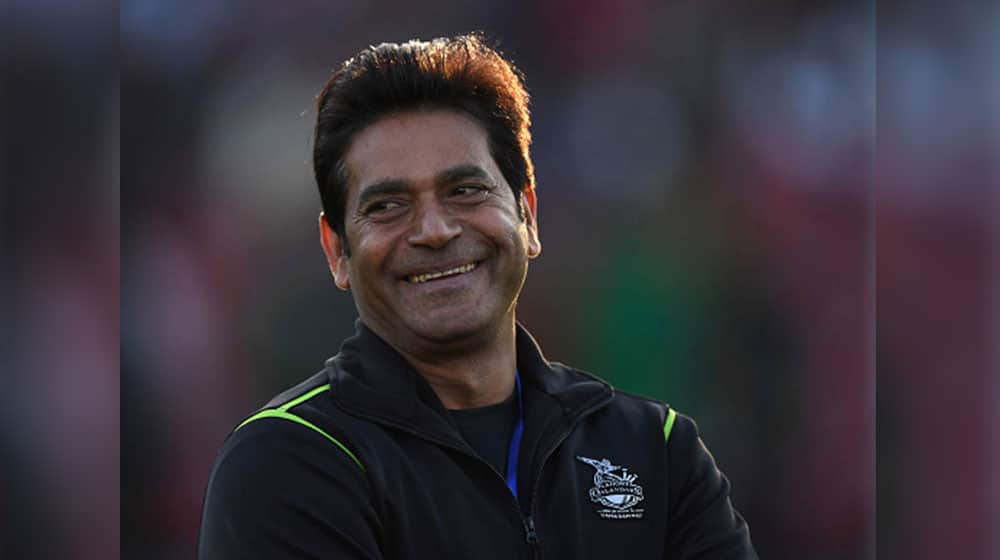 Former Pakistan pacer, Aaqib Javed has played an important role in producing many pacers through the Lahore Qalandars’ platform.  The likes of Haris Rauf, Salman Irshad, and Shaheen Afridi are all products of Lahore Qalandars.

It was his hard work and dedication to cricket that made Lahore Qalandars champions but due to COVID-19 isolation, he was unable to see the Qalandars in action in the last few matches.

However, the Qalandars made an emotional tribute to their Director Cricket Operations (DCO) and head coach, Aaqib Javed, in the team hotel after winning the Pakistan Super League, saying that the trophy belongs to him.

According to the video viral on social media, the team took the trophy to Aaqib Javed’s room and delivered it to him. After all of his efforts for the franchise over the years, he got emotional at the gesture.

Aaqib’s contribution to the Qalandars has been significant, as he has led numerous Player Development Programs (PDP) and produced numerous players not only for the franchise but also for Pakistan. Under the leadership of Aaqib Javed, Qalandars also offer an opportunity for young players to tour Australia in order to gain exposure rub shoulders with the best players in the Australian domestic circuit.

It is pertinent to mention that the Lahore Qalandars coach faced severe criticism in the past due to the poor performance of the franchise and all the fans blamed the head coach for this.