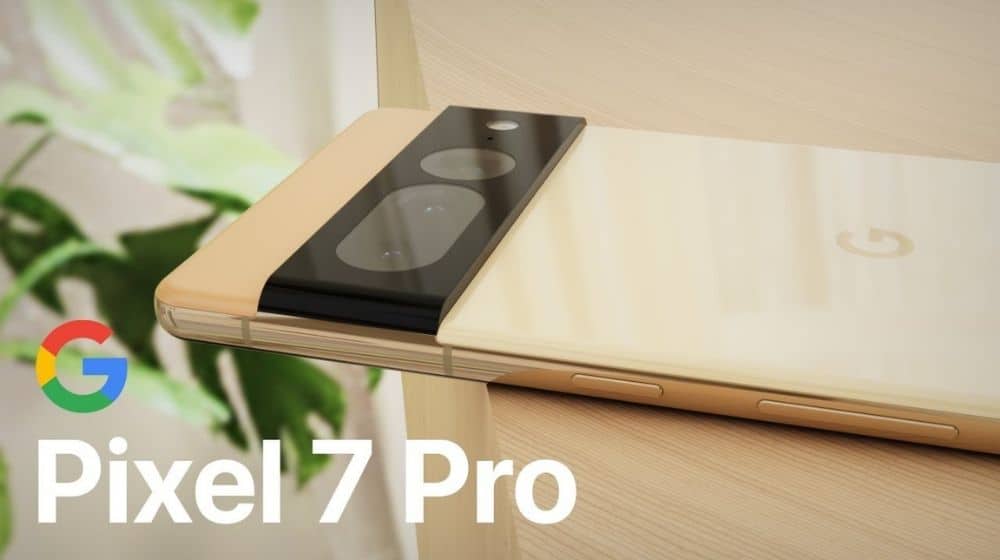 Looks like Google is planning on equipping its next Pixel smartphone with a fresh new camera. While the company did revise its signature Pixel design for last year’s Pixel 6 and Pixel 6 Pro, it seems like this year’s Pixel 7 Pro will be following the same design but with some changes in terms of the rear camera layout.

Recently, some renders of the upcoming Pixel 7 Pro smartphone surfaced online, showcasing the smartphone from all angles and giving us a good look at what to expect from the upcoming flagship as far as the design is concerned.

Based on the leak, Technizo Concept created a concept video for the smartphone’s design. The video reveals that the periscope telephoto lens on the smartphone’s rear panel now appears to be placed at a distance from the other two lenses.

Coming to the specifications, the device is expected to support a 6.7″ or 6.8″ curved OLED display with QHD+ resolution and a standard 120Hz refresh rate. It is also expected to make use of an under-display fingerprint sensor despite the current-generation models facing issues.

While Pixel 6 series smartphones were the first ones to house the company’s custom-made Tensor chipset, the upcoming models are expected to include the second generation of the Google Tensor SoC. In terms of storage, the device might pack up to 512GB of space.

Meanwhile, some reports have further revealed that the Google Pixel 7 series is expected to come in Stormy Black, Kinda Coral, Sorta SeaFoam, and Cloudy White colors. While theres’ no official word from the company as of yet regarding the launch of the series, speculations reveal that it’ll be going live sometime in October.