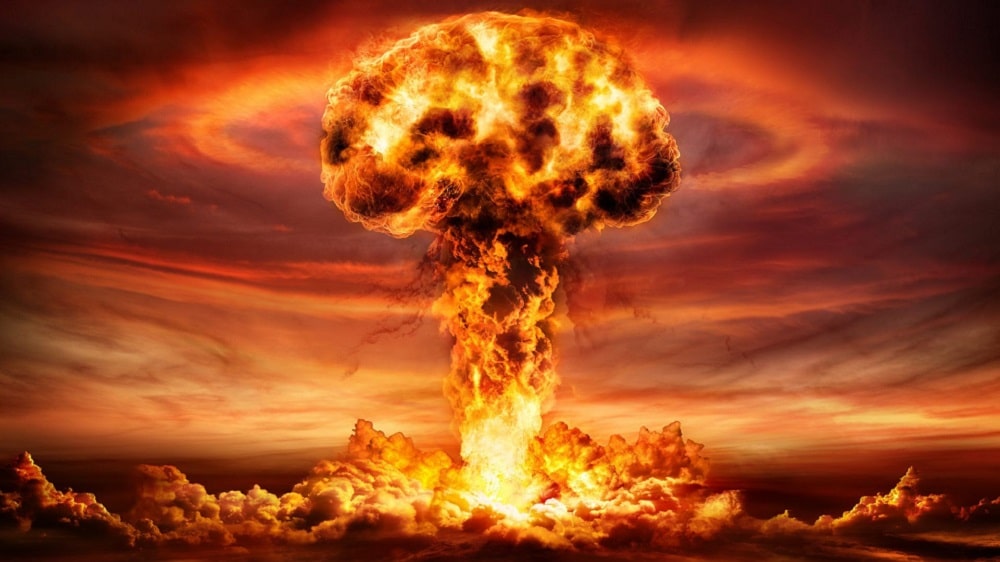 Most analysts seem to agree that nuclear escalation over Ukraine is unlikely, but, then again, one notes with some concern, that no one is willing to dismiss the idea completely. It’s a universally accepted truth that however one expects a war to go, one must always expect the unexpected.

War has its own momentum. Military strategists and politicians often make a decision to go to war with the expectation that it will follow the trajectory they played out in briefings and exercises. However, it is extremely rare that, during the heat of battle, things go as originally planned.

British wartime leader, Winston Churchill, no stranger himself to the vicissitudes of war, perhaps put it best. He wrote that “The statesman who yields to war fever must realize that once the signal is given, he is no longer the master of policy but the slave of unforeseeable and uncontrollable events.”

But then he also said “… I do believe I am a glow-worm” so make of that what you will.

As the conflict in Ukraine escalates, so does the war of words between Russia and the US and her allies. The shadow of nuclear conflagration looms ever larger over the world.

Many of our readers may not remember the dark days of the Cold War when the Soviet Union and The United States squared up against each other and threatened the world with nuclear annihilation. Throughout the second half of the 20th Century, there was a constant fear that any day, one of the two rivals would push the nuclear button, and the world as we knew it would become a wasteland with any surviving humans living a primal, dystopian existence, fighting merely to survive.

Television news would daily remind us that the two superpowers were amassing more weapons – seeking better ways of destroying each other to prove which political ideology was the best. Films and television shows about the devastating aftermath of nuclear war were a recurring feature in our lives and images of mushroom clouds were ubiquitous while in school we were even taught what to do in the event of a nuclear attack.

It’s been a long time since people of my generation have had to worry about the threat of nuclear war, but it is a memory that has never completely subsided. There is, therefore, a grim sense of déjà vu when one turns on the news in 2022 and hears commentators and analysts talking about the likelihood of a nuclear war between Russia (the former Soviet Union) and the United States.

We in Pakistan are no strangers to the threat of nuclear conflict. Our own arch-rivals across the border have made no bones about the fact that should the need arise, they would not hesitate to use the nuclear option against Pakistan.

Indeed, in the latest conflict between the two nations, when Pakistan downed an Indian jet and held its comically hirsute pilot captive, the threat of nuclear retaliation by an embarrassed India was an all too real prospect. India’s ego was hurt and, as we all know, taking a nuclear bomb out for a spin is a time-honored way to prove one’s masculinity!

As the conflict in Ukraine escalates, so does the war of words between Russia and the US and her allies. The shadow of nuclear conflagration looms ever larger over the world. Armchair analysts and experts alike are looking at doomsday scenarios based on how existing international alliances may force the issue, as they did in 1914 in the lead-up to the First World War.

NATO, the USA, and the EU are all scrambling to find ways to censure Russia, while at the same time avoiding any actions that might lead to nuclear catastrophe. And Putin, himself, is not, by any means, a foolish man. He will do all he can to ensure things do not escalate to such a catastrophic level, but he will not do that by sacrificing his strategy in Ukraine, or Mother Russia herself.

Meanwhile, Vladimir Putin has taken an unprecedented step and put Russia’s nuclear forces on ‘special alert’. This follows his ominous warning that should western powers try to hinder Russia in Ukraine, they would face consequences the like of which “you have never seen in your history.” He has also been unequivocal about his reasons for escalating tensions and raising the specter of nuclear annihilation: the ‘aggressive statements” over Ukraine by NATO leaders has, he says, forced his hand.

This conjures up another fear: how long before his hand is forced further and he has to walk the walk instead of just talk the talk? According to some analysts, the military campaign is not going as well or as swiftly as Russia initially expected, and the reaction from the west has been much louder and more aggressive than perhaps Mr. Putin expected. A massive sanctions campaign imposed by western countries threatens to cripple the Russian economy.

So will Russia’s hand be forced further? And if so, how far might he go? Let’s not forget, this is the same man who only a few years ago said in an interview “…if someone decides to annihilate Russia, we have the legal right to respond. Yes, it will be a catastrophe for humanity and for the world. But I’m a citizen of Russia and its head of state. Why do we need a world without Russia in it?” Yikes!

This statement makes me believe that the principle of Mutually Assured Destruction (MAD, as it was better known) – a principle of deterrence founded on the notion that in the event of nuclear war both sides would be destroyed, therefore preventing them from taking that final step towards Armageddon – no longer applies.

Of course, there are many steps before the nuclear option becomes a more serious threat and I do not wish to spread fear. But for the people of Europe, the threat, while not imminent, is nonetheless far more real than could have been imagined even a few months ago. One might be forgiven for fondly reminiscing about better days when we only had the pandemic to worry about.

NATO, the USA, and the EU are all scrambling to find ways to censure Russia, while at the same time avoiding any actions that might lead to nuclear catastrophe. And Putin, himself, is not, by any means, a foolish man. He will do all he can to ensure things do not escalate to such a catastrophic level, but he will not do that by sacrificing his strategy in Ukraine, or Mother Russia herself.

Let’s also not forget that many analysts were convinced he would never invade Ukraine. The same analysts were convinced he would not annex Crimea eight years ago, and yet he did. So, when these same analysts say that he would never explode a nuclear weapon, I find myself placing a wet tea towel over my head and running for the nearest bunker. However, simply put, as with so many things, we cannot know what Russia or the NATO countries will do.

Again, as our friend Winston Churchill said: “Russia is a riddle, wrapped in a mystery, inside an enigma”. But then again, he also said that he did not want to talk about Adolf Hitler because, as he put it, “I’m trying to enjoy my plum pudding.”

So, perhaps we should take what old Winston said with a pinch of salt and hope wiser heads prevail. The alternative is not only unthinkable, it is pretty much final.