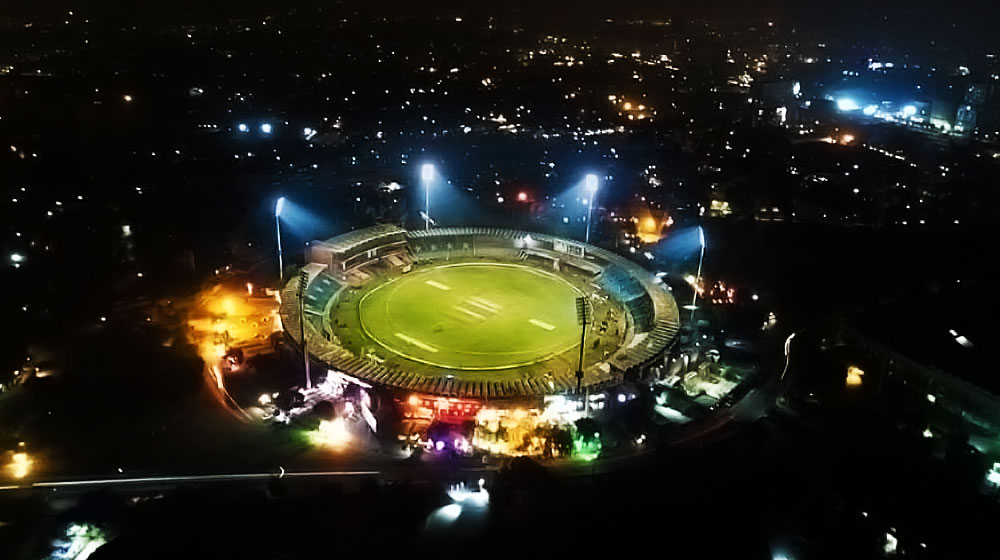 Lahore Qalandars have demanded a bigger stadium in Lahore since the capacity of Gaddafi Stadium is not enough to entertain the increasing number of cricket fans. The franchise aspires to provide the fans of Lahore with a new cricket stadium in the city.

CEO of Lahore Qalandars, Atif Rana has opened up on the need for a larger capacity arena since the Lahore leg of PSL 7 witnessed full-houses with many fans not getting the tickets for their favorite matches. Seeing the enthusiasm of fans, Atif Rana has deemed it necessary to replace the already present stadium with a new one.

The CEO of Lahore Qalandars said, “Gaddafi Stadium was not big enough for PSL 7. In the final match, almost the same number of spectators that were present inside the stadium were also present outside. Looking at the passion and interest of the fans having a new bigger stadium is essential.”

Claiming that Gaddafi Stadium is not sufficient to host the high-profile matches in the populated city of Lahore, Atif Rana added, “Lahore Qalandars is working on this matter, and further progress will be seen in the days to come. Lahore is a highly populated city of 20 million people, having a stadium with a capacity of 27,000 people does not do justice,”

Adding to his demand, Atif Rana hoped to provide the cricket fans of Lahore with a new stadium having a capacity of about 80,000 spectators. He also claimed that people from all over the country support Lahore Qalandars, thus the home ground must have the capability to entertain huge crowds.

Lahore Qalandars had received immense support as the home team lifted their first trophy of the Pakistan Super League at Gaddafi Stadium on 27 February.