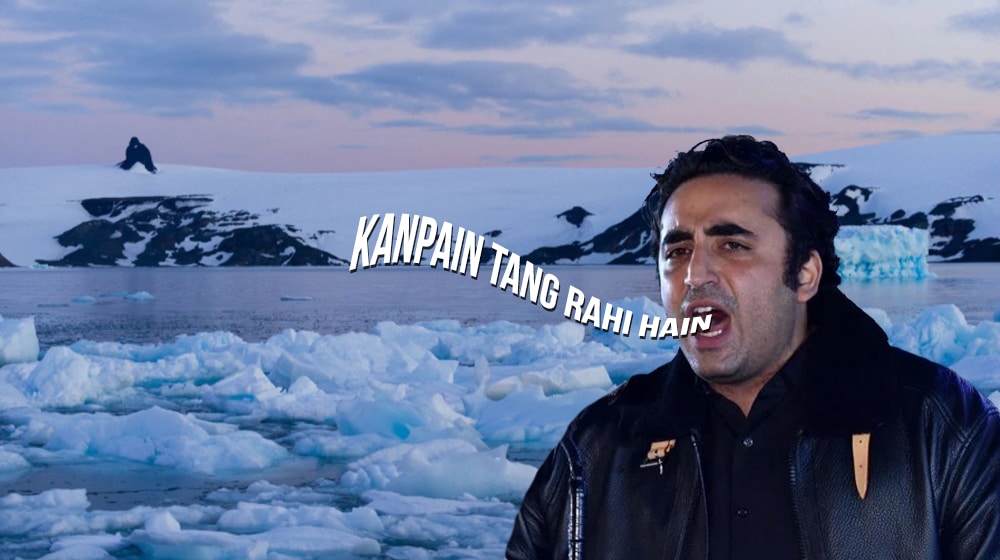 Amidst all the news of war and political turmoil, we Pakistanis can always count on our political leaders to help us find a way to help forget our troubles. I mean, seriously, who needs better healthcare or a world-class education system? So what if the rising cost of tomatoes means enjoying a good home-cooked meal requires re-mortgaging the family home? What we Pakistanis always appreciate is a good laugh.

So we can be thankful for Pakistan People’s Party Chairman, Bilawal Bhutto’s latest linguistic gaffe during a speech he was giving in Urdu (not his first language) in Islamabad. Pakistani netizens made him the top-trending story on Twitter and Pakistani meme creators have been having a field day with his latest verbal clanger.

Shivers are legging in Islamabad

“Islamabad mein kaanpein Taang rahi hein!” He confidently – and with no small measure of Sindhi machismo – shouted to the adoring crowd.

For those like me whose first language is not Urdu, I should explain that he meant, of course, to say: “Islamabad mein taangein Kaanp rahi hein” or  “legs are shivering in Islamabad”. Quite the put down in this hyper-masculine society of ours, suggesting cowardice in the face of a strong(er) enemy. Unfortunately, what the young Bhutto said was a little less imposing. “Shivers are legging in Islamabad” was perhaps not quite the withering Churchillian riposte he’d been hoping for, I’m sure.

Of course, Bilawal is an unwitting member of a long list of politicians who have made excruciatingly embarrassing gaffes like this. In the interests of even-handedness, for example, we should mention – because who can forget – PM Imran Khan’s statement that Japan and Germany shared a border, or that photosynthesis happened at night.

Now, as many of my regular readers know, I was not born in Pakistan and my first language is English, not Urdu. I still struggle, after many years, with the idiosyncrasies of the Urdu language. My inability to pronounce the different forms of the Urdu equivalents of the letter ‘R’, for example, is a dead giveaway that I’m either a visitor from foreign shores or, as I have been called by some people who don’t know me, a ‘wannabe angrez’. I can, therefore, sympathize with Mr. Bhutto as I’ve been in similar situations and, more often than I care to remember, have kicked myself for some of the crimes I’ve inadvertently committed against the Urdu language. 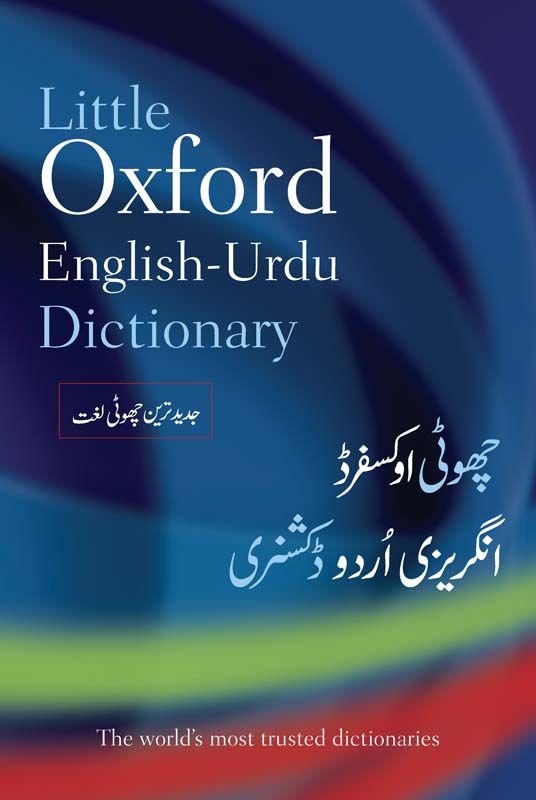 Amongst my circle of friends, I’m the constant butt of jokes and exasperated sighs, particularly when I try to throw in an idiom or two for effect. My “ghar ke barabar daal ki murghi” has gone down in legend amongst my friends, closely followed by something I said about Ladoos Phooting, or something similarly absurd.

While my linguistic howlers will never have the same impact as those made by our political leaders, for me (and definitely for my wife), they are a constant source of embarrassment. The awkward silences on the drives home from gatherings where I’ve made a linguistic faux pas are too numerous to count. (Feel free, dear reader, to pity my poor long-suffering wife!)

In my experience, my misuse of language can actually sometimes be a help rather than a hindrance. People assume (rightly or wrongly) that because I am from overseas, I must have a valid opinion on matters and can share a perspective that they have perhaps not considered.

The whole Bilawal Bhutto episode does beg the question, though: why are Pakistanis so disproportionately impressed by, or conversely wary of, people who speak English fluently or even by those who, for whatever reason, (and who are we to judge?) fake an English accent when speaking Urdu?

Much has been written about the colonial mindset of which linguistic discrimination is a symptom, so I won’t go too far down that particular rabbit hole. From experience, the reaction to my accent is usually a positive one. A few gentle jibes, sure, but I’m fortunate that most people appreciate that I make the maximum effort to speak Urdu. The other main reaction I’ve noticed is that people often feel intimidated by me when they first meet me and hear my unaccented English.  If you knew me, you’d know that I’m one of the least intimidating – physically or otherwise – people you’re ever likely to meet.  Ask my wife if you don’t believe me.

Why are Pakistanis so disproportionately impressed by, or conversely wary of, people who speak English fluently?

However, by virtue of the way I speak, there’s no question that people find it difficult to approach me, even if they too speak flawless English and despite the fact that I’m always happy to practice my Urdu with anyone. I am, by nature, a gregarious individual and enjoy meeting new people. Unfortunately, because of the way I speak, people tend to think I’m more intelligent than I actually am and this makes breaking the ice with new people unnecessarily difficult.

As an aside, it’s not just in Pakistan that my accent marks me out for different treatment. On my frequent visits to the US and amongst my American friends around the world, I have been told that I could actually argue that photosynthesis does occur at night and people would still believe me because my British accent makes me sound educated. A little disconcerting given that the obvious inference is that people perhaps don’t listen to my flawless and erudite arguments (well, I think they are, even if no one else agrees) but are, instead, only mesmerized by the lilt of my voice.

Education matters too. The unequal state of education in Pakistan where parents send their children to either Urdu Medium or English Medium schools depending (not always, but usually) upon their economic standing, means that there is a linguistic divide upon which prejudices are often built.

English, alongside Urdu, is one of Pakistan’s official languages. It is important, therefore, to be as proficient as possible in both.

Here at the offices of ProPakistani, most conversations are conducted in Urdu, as is only right and proper. However, readers only have to see the quality of the writing on these pages to get an idea of the proficiency in the English language amongst my fabulously talented colleagues. When I’m unable to express myself to my fellow writers, I automatically revert to English and they seamlessly follow suit. I’m also not ashamed to make Urdu mistakes (well, maybe a little) as they help me to improve my Urdu.

And I believe Mr. Bhutto should not be ashamed either. All politicians say things they wish they hadn’t. Some mistakes are greater than others, but speaking in a second language in front of thousands of people and not being 100% perfect surely isn’t one of them. In the greater scheme of things, there are far more important things to get hung up on. So, Mr. Bhutto, just laugh it off and if they continue to mock you, throw one of your wise sayings at them. Here’s one you could use:

In the meantime, on behalf of all Pakistanis thank you for the laughter. It means a lot.