The Pakistani Rupee (PKR) crashed to another all-time low against the US Dollar (USD) and posted losses in the interbank market today. It lost 47 paisas against the greenback after hitting an intra-day low of Rs. 179.17 against the USD during today’s open market session. 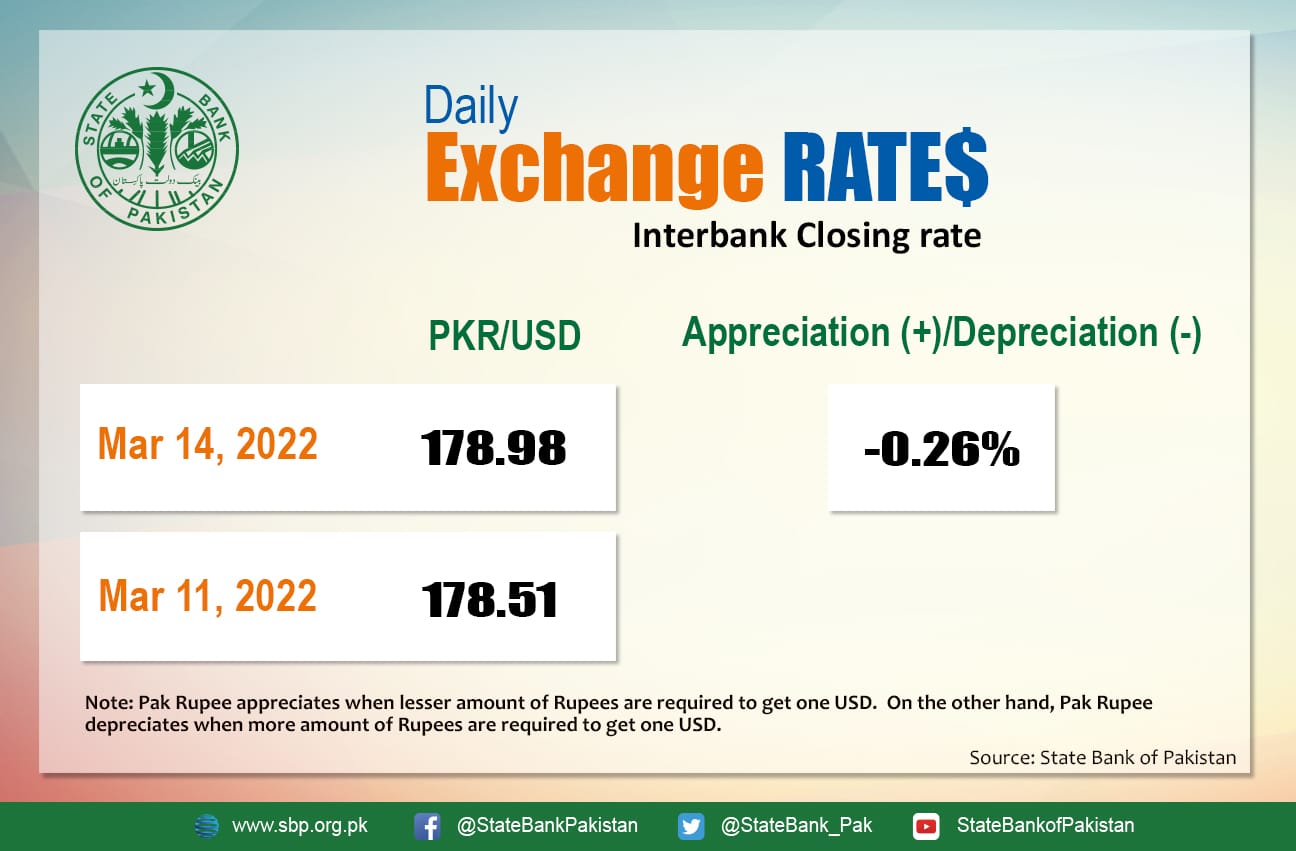 The rupee closed in red against the dollar today after global oil futures fell by around $7 per barrel as investors set their hopes on diplomatic progress between Ukraine and Russia to end their war. On the flip side, an increase in COVID-19 cases in China and restricted supply movements rattled market players.

Discussing the local unit’s performance in a tweet earlier today, the former treasury head of Chase Manhattan Bank, Asad Rizvi, remarked that while there is nothing more to say because the interbank market has been adequately controlled in recent weeks, with oil at more than $100 per barrel, the demand for dollars most definitely outnumbers the receivables, which is why forex reserves have fallen.

He added, “Exports & Remittances are up but not good enough to ease the pressure on C/A Deficit”.

There nothing 2add as I/b market is being well managed since last few weeks.
With OIL over $100,demand for $ certainly exceeds the receivables,which is why FX RES have dipped.
Exports & Remittances are up but not good enough to ease the pressure on C/A Deficit 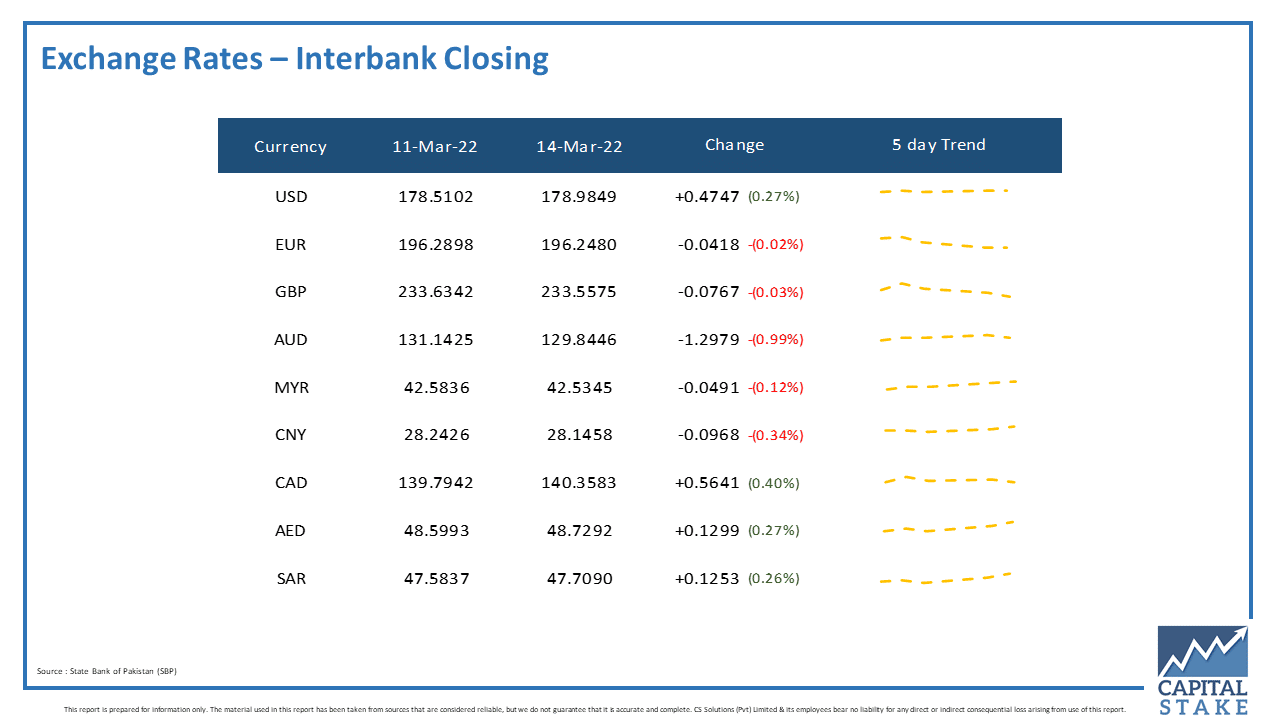 Conversely, it lost 12 paisas against both the Saudi Riyal (SAR) and the UAE Dirham (AED), and 56 paisas against the Canadian Dollar (CAD) in today’s interbank currency market.