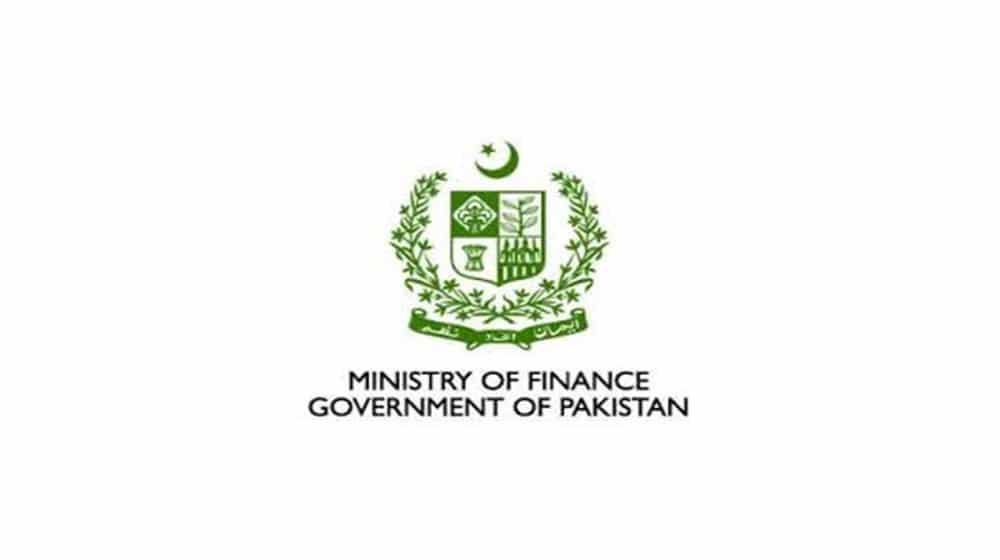 International publications have printed fabricated narratives on the State of Pakistan’s Economy and the popularity of the Imran Khan-led PTI government, as per the Finance Divison.

The Finance Division, on Wednesday, released a statement, which said that these publications have printed extremely biased one-sided articles, ignoring the views of the government or the independent assessments of its development partners, including the IMF, World Bank, and the Asian Development Bank.

The Finance Ministry stated that inflation had become a global challenge, with the US, UK, EU, and emerging markets facing the highest inflation in the last three decades. Pakistan’s economy is also facing inflation headwinds due to record high international energy and food prices. However, in line with our vision of a social welfare state, the government has provided unprecedented relief measures to the masses through lowering prices of petrol, diesel, and electricity and rolling out the most comprehensive targeted food subsidy program across Pakistan covering 20 million households (54 percent of the population). People recognize the steps taken by the government to provide relief to the masses.

The Ministry further said, “That is why we have seen Imran Khan’s popularity rise in the last few months, with the March 2022 IRIS public survey showing that Imran Khan remains Pakistan’s most popular political leader with an approval rating of 35 percent compared to the opposition leaders Shahbaz Sharif (8 percent) and Asif Zardari (4 percent). Hence, we see the opposition is desperately trying to bring down the PTI government by a vote of no confidence through buying loyalties of the elected members of the ruling party and its allies.”

This latest episode of political unrest is aimed at crippling the economy at a time when the economy has shown rapid recovery from the COVID pandemic shock, termed by the IMF as the worst global economic crisis since the Great Depression of the 1930s.  The effective data-driven response has helped Pakistan control the pandemic and outperform other countries. GDP growth accelerated to 5.4 percent in 2021, after the pandemic induced contraction of -0.5 percent in 2020. In comparison, the USA economy contracted -4 percent, EU -8 percent, India -7.3 percent, and the Gulf states by -5 percent.

According to the World Bank data, Pakistan outperformed all regional economies during the 2020-2022 COVID period, with the lowest unemployment rate in the South Asia region at 4.3 percent compared to India at 8 percent, Bangladesh 5.4 percent, and Sri Lanka 5.9 percent. Record fiscal and monetary stimulus package of Rs. 2.5 trillion (6 percent of GDP or $ 16 billion) was unveiled by the Government in March 2020. The stimulus package focused on emergency cash assistance to 15 million families through the Prime Minister’s EHSAAS program, the largest ever social welfare transfer in Pakistan’s history covering nearly 45 percent of the total population. On top of this, the government has provided free-of-cost vaccination to over 127 million citizens against COVID.

Unlike previous boom-bust cycles, the government is focused on sustainable ‘inclusive’ growth. The key risk of a balance of payment crisis has been pre-empted through early monetary and exchange rate adjustments, and as a result, we are already seeing that the current account deficit has started to decline, falling to $ 545 million in Feb, from an average of $1.5 billion in the previous seven months. Similarly, on the fiscal front tax collections have increased 30 percent in the current year, giving much-needed fiscal space for the government to undertake relief measures against inflation for the public.

Hence, not only is Pakistan’s economy on a sustainable growth path but the quality of growth has also improved considerably due to the ‘inclusive’ or bottom-up approach taken by the PTI government. Inclusive growth entails providing incentives to those middle-income households, small farmers, youth, women, and entrepreneurs that are marginalized in the current system of trickle-down growth. Towards this end, the Low-Cost Housing program Mera Pakistan Mera Ghar (MPMG) and the Kamyab Pakistan program (KPP) have been a huge success. According to the SBP, over Rs 366bn has been disbursed under the low-cost housing MPMG program, benefitting more than 70,000 first-time homebuyers across Pakistan.

The Kamyab Pakistan Program (KPP) of interest-free loans promises to uplift the incomes and livelihoods of millions of low and middle-income households. These are mostly unbanked households, have no access to credit, and lack resources to undertake a productive economic activity.

However, the recent developments in the international markets threaten the recovery of the global economy, including Pakistan. Record high international prices of energy, food, and other commodities combined with rising freight costs have hit Pakistan hard, with inflation rising to 12% in Feb 2022. However, inflation is not just a Pakistan-specific problem, inflation in the US, UK, EU, and emerging markets is the highest in three decades.

As a result, Pakistan authorities have taken unprecedented relief measures to shield the most vulnerable households. The government has reduced taxes on all petroleum products to 0% and frozen prices at the pump to shield consumers. As a result, domestic consumers are paying Rs. 150 / liter on petrol compared to Rs. 187/liter in Bangladesh and Rs. 244/liter in India. Similarly, the low and middle-income households have been provided relief on their power consumption by an Rs. 5 per unit reduction in their monthly bills. An estimated Rs 300bn relief has been provided to the masses to shield them from the rising international energy prices.

Prime Minister Imran Khan launched the Ehsaas ration scheme in March 2022 to provide relief to over 20 million households (54 percent of the total population) on the purchase of essential food items including flour, pulses, and cooking oil. These 20mn households will receive these essential commodities at a discount of 30 percent from the market prices.  On top of these measures, the landmark universal healthcare program Sehat Insaf card has been launched in Punjab and certain districts in Sindh and Balochistan in 2022. More than 60 percent of all households in Pakistan will now get free hospitalization and healthcare, providing savings of Rs 10 lakh to each citizen.

The PTI government formed in August 2018 inherited an economy on the verge of collapse. Unpopular reforms, including a market-based exchange rate, reduction in power subsidies, and removal of tax exemptions had to be taken to reduce the large twin deficits. These reforms not only enabled us to stabilize the economy but also to build reserves to cushion the impact of external shocks.

Strong diplomacy and active engagement with world leaders and international institutions have also strengthened the economy. The recent success in bringing Barrick Gold Corp back to Pakistan for the Reko Diq project will not only save $11 billion in penalties but will also lead to an additional $10 billion new investment in Balochistan, creating 8,000 new jobs for the locals. Under the PTI government, we have also made significant progress on the money laundering and terrorist financing front, which has saved Pakistan from financial sanctions under the FATF blacklist.

“We are confident that Prime Minister Imran Khan will not only defeat the no-confidence vote but will also lead Pakistan into a decade of high growth and prosperity built on his vision of a social welfare state,” the statement concluded.